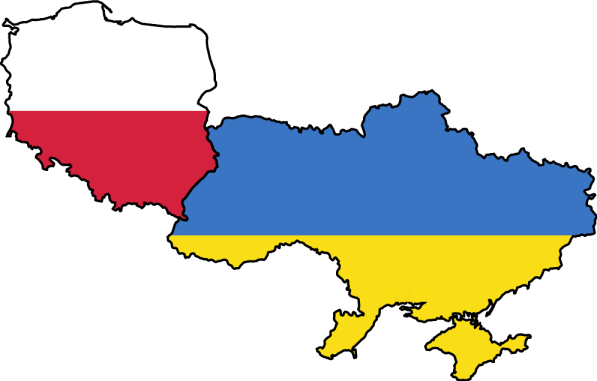 Why the number of Ukrainians in Poland is growing?

In 2015 I knew only a few of Ukrainians living in Poland – actually three of them – two were students, and one was having – Polish-Ukrainian family living already in Poland. How this tendency has changed during last two years? I was suspecting that for sure there is more Ukrainian people living and migrating in the areas of Poland on the boarder with Ukraine, it’s pretty logical consequence of geography and little distance, and also special legislation about people living in the next to the boarder. I had also my own experience what does it mean to cross the border between Poland in Ukraine during summer 2016, when I decided to visit Lviv (as for summer trip), the longest distance to overcome (both ways – to Ukraine and from Ukraine) was to cross the border. I spent 4 hours to get to Ukraine and 5 hours to get back to Poland. I realised then, that it’s not only the border between Poland, but also of European Union, and rest of the world. And it’s pretty visible.

Visiting Ukraine I realised of the differences between the economies and the level of life in Poland and in Ukraine. It made me aware that even basic salary in Poland is worth a fortune in Ukraine because with really little amount of money (in my perspective) I was able to enjoy a lot my time spent in Lviv. I liked the city very much, but I saw also that a lot of buildings and public services which were in not so good condition as I’m used to experience in Poland. Then it started making me understand why Ukrainians wish to come to Poland when it’s possible. It’s also a bit of repeated story, that Poland has experienced with the western neighbouring country – Germany, for Polish people in the 90’s it was hugely profitable to work even only for weekends in – for example – Berlin and come back to Poland with equivalent of monthly salary in Poland. It started being spoken among Polish people unofficially that there is more and more Ukrainians coming to our country searching for better life, some were claiming that even more than million of them are living in Poland. I was not trusting this number, for me seemed to big, especially comparing to our 38 millions of Polish citizens, but if it’s true number it’s already more than 3% of population of the country, which is making them the biggest minority in Poland. My reasoning was… if it’s true, I should experience it on my own. I’m living in the 3rd biggest city in Poland, so here is should be pretty easy to notice some proofs of the situation.

I didn’t need to wait long for getting my own experience. First I started noticing almost every time when I’m visiting big supermarket to do just my personal shopping, I started listening people speaking not Polish, not English, not German, but exactly Ukrainian. That’s the first factor. Then I was in need of finding hairdresser for one fashion event in my city that I was co-organising, I was asking around of my friends, and one college told me that he has the person who is providing job for hairdressers, especially that it started increasing the lack of this professionals, and in a while he mentioned – and now there is more and more Ukrainians coming to this job. I realised that it’s another example. Then, few weeks after I was attending event for real estate investors to gather some knowledge about this field, and at some point, there was a discussion where to find the best people to renovate the flat, or whole building, with a reasonable price, what was the answer of experienced investors – you can easily find good Ukrainian workers, who know how to make good job, in short time, for not high payment. That was another example. And just one week ago has happened, another situation – that was even more surprising for me. I had the opportunity to attend of the networking meetings in my city, there was around 100 people – experts from different fields, entrepreneurs, investors, freelancers, artists – just huge variety of people. There was a moment of the meeting, when all of the attendees had 30 seconds to present themselves and share what kind of company, institution or personal services are they representing, and among this group I found – two Ukrainian men wishing to make investments in apartments in Poland, and two women working in work exchange office – helping foreigners – especially Ukrainians to find job in Poland, and Polish employer to find good workers. For me that was the last, big, vivid proof that, it’s becoming reality, that Ukrainians community in Poland is rapidly growing.

What are the reasons? There are few of them:

To sum up, I realised how the situation of a minority can change in two years, and how much can change also in the personal perspective. From knowing only two students from this country to meet people from this community more and more frequently in my neighbourhood. But I also see that this process is fortunately not creating that much problem, but rather helping to solve some lacks of our economy, making profits for both elements of the puzzle.