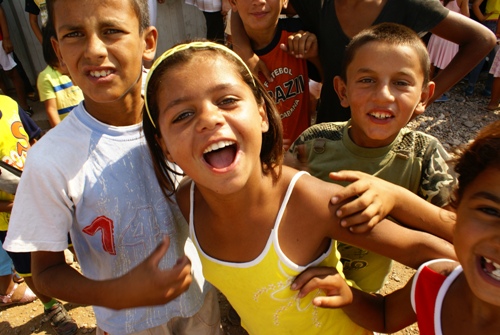 Ethnic and religious minorities are getting attention and focus in almost all member states of European Union. The EU tries to promote the multiculturalism through different platforms in all the member states under different funds and programmes. The Visegrad Group countries are yet to improve their programmes. The region went through different changes and among many different ethnic minorities Roma is one of the largest communities in number – particularly in Hungary. National governments in the V4 countries are trying to draft such policies which should not only meet the requirement of the European Union but also promote co-existence.

The World Directory of Minority and Indigenous People produced an extensive country report where focus was given to Hungary’s Roma Minority. The report stated that “during the 1970s and 1980s, the communist authorities in Hungary embarked upon a policy of supporting Roma activities and culture that was quite exceptional at the time in Central and Eastern Europe. Once the socialist economy started to decline in the 1980s and major state investments and construction projects were halted, factories started dismissing workers. Roma were hardest hit by this recession. Despite the democratic transformation and establishment of a constitutional state after 1989, the marginalisation of the Roma population increased.” Due to the economic and political transformation, the Hungarian government could not have stronger policies to address different issues (health, education, employment etc.) of Roma community in the country.

There can be different reasons and explanations why Hungarian governments and the representatives of the Roma see the most important issues in a different way. The dominant reason – which is the most highlighted – is the level of education among Roma community and segregation in school which leads to an unchanged situation. According to different experts, the Hungarian education system has not yet addressed the challenges which it has been facing to fully integrate the ethnic minorities in the schooling system. Economists have generally argued that chances for individuals increase with acquiring of formal education and more increase if the individual have access to training in different fields. The literacy rate among Roma community is still not satisfactory after the period of transition and it is worrisome for the policy makers to implement and introduce such policies which can be generally understood by the Roma community. Other reasons includes the dependence on the childcare support among Roma community is bigger as compared to local Hungarian and it is generally seen in the streets of the major cities that Roma communities have higher birth rate: Roma women carrying more babies than Hungarians. Although it is just primary observation but it can be confirmed by most foreigners as well. And this dependence actually is considered as the demotivation among the youth of Roma minorities. Policy makers have described the phenomenon of rising unemployment among Roma community as the rising culture of dependence on government social benefits.

According to different sources, the Roma community’s situation is developing because of the penetration of technology and also policy makers can easily trace the data about different key indicators regarding Roma community. Keeping data about the changing demography of Roma community will not only help Hungarian government to design proactive policies but will also help the V4 countries or the EU member states which are facing similar challenges to address issues of different ethnic minorities. Indeed, the problems will only escalate if there is no willingness from both sides and one cannot only blame government officials or policy makers all the time, but also blame can be shared with Roma community members and their lack of interest and genuine efforts to change their lifestyle. Some have even argued that being poor and having lack of education is actually a lifestyle which they have always chose over being actively participating in various local or EU-funded projects to improve their situation. Only participation can improve the integration and will automatically discourage issues like segregation among local and ethnic minorities at different platforms in the country. Governments should design such policies which should be result-oriented and should also introduce the programs to follow-up to see whether the situation has improved or not. Issues related to ethnic minorities possess equal importance as compare other religious minorities in the country.