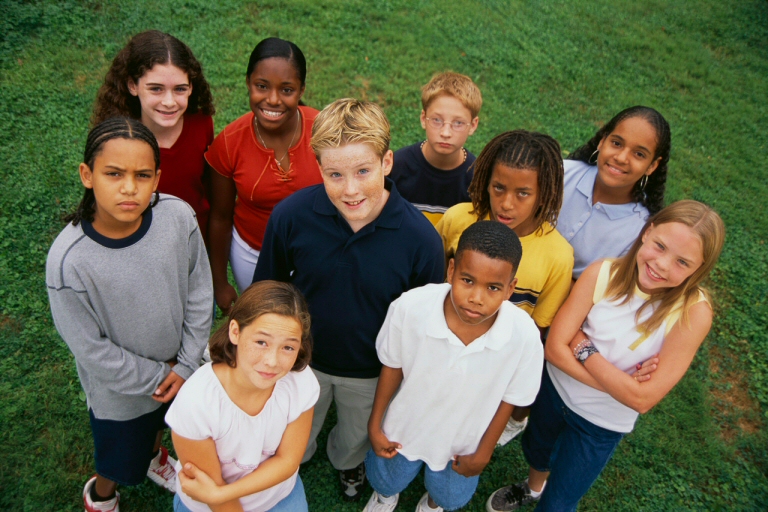 Usually all the foreigners living in Slovakia tell me the same. Slovaks are a little cold at first, but when they get to know you better, they become very friendly and welcoming. So, I started thinking about this a bit more.

Firstly, I started to analyse my own actions and feeling towards foreigners. I believe I am quite open-minded person, because I myself became an expat few years ago in a beautiful city of Prague, Czech Republic. Therefore, I can relate to expats in Slovakia and understand the feelings of living in a foreign country. When I took part in an international workshop World-changing words for journalists – beginners from V4 countries, I really started thinking about how I behaved towards all the foreign people I met there. There were people mainly from V4 countries and also few from Italy, Georgia, Turkey and others. I noticed that at the beginning I didn’t know quite well how to behave to all of them. And to make it easier, I started to put all of them into mental boxes with labels such as funny, cool, but also weird, quiet, too chatty and others. Because that’s what you do after you meet anyone, right? Or at least me, I can say I do that. After first few moments, first impression, I have instantly these labelled boxes in my head and I’m putting you to one them. I also used labels for nationalities: Hungarian, Polish, Czech, etc. But what I learned during the course of time is that after getting to know a person better, I always have to change my initial labelling. Sure, sometimes the first impression isn’t wrong, but there are just so much more aspects of one’s personality that it’s 100% impossible to catch it all in a short time. So what happened at the workshop? After the first day, I had everyone labelled and I thought that there’s not so much more I can discover about these people. But during the second day, I saw that I got mistaken. There was this one girl who seemed to be too shy at first. She had even troubles looking into my eyes when introducing herself. The second day in the evening I ended up sitting next to her when we went to a bar. Eventually, I had a really interesting conversation with her. Maybe it was because of the beer we had, or she just needed some time to open, but suddenly she seemed to be really cool. I saw she has similar dreams as I do. She is dealing with the same stuff and went through experiences as I did. At that time, I realised I labelled her wrong as much as I could. Yes, she is shy. And yes, she is also an interesting person nevertheless and has many more aspects of her personality. So, I told myself not to judge people so quickly next time. I know I’ll do that again eventually, cause that’s just how my brain works, but I will keep in mind this experience and won’t rush these conclusions in the future.

And I guess it’s like this with all the Slovaks when dealing with someone from the ethnic minorities we have in our country. If it’s the Roma minority, or Vietnamese, Ukrainian or others. We don’t quite really know how to treat them at first and when we meet them, we use these labels for nationalities. Because there is a certain stereotype for every nationality, right? The Roma are lazy and uneducated. Live in messy und unhygienic places and have like 10 kids. The Vietnamese are hard-working but work just as shopping assistants or owners of stores selling literally anything someone buys. They don’t know Slovak language very well and they behave like a gang, talking just to each other. Ukrainians? They drink so much and are a bit cheap when it comes to anything. Also, they have this funny accent and usually work as labourers. Ok, I don’t know who created all these prejudices, but he didn’t realise he’s harming these people in a really serious way. It influences their everyday life. They experience racism and discrimination for just being born as a part of some nation.

It’s true, Slovaks are full of prejudices. Good thing is that they also have the ability to overcome them. As I did with my best friend from high school. He is Vietnamese and yes, he can speak Slovak better than many “natives” and yes, he has many Vietnamese friends, but also a lot of Slovak ones. He is hard-working, that’s true, but he’s not a shopping assistant. He studies on the university and wants to become a world-recognised architect. And I wish him all the luck for the fulfilment of his dream. And I still remember the day he came to our class. I thought that it’s some kind of Vietnamese weirdo. So, note for me, next time don’t label so quickly. Everyone is unique and even though you put some labels correctly, most likely you’ll get more labels wrong than correct.

So, it’s all about overcoming the stereotypes in your head. And I think this is what happens with Slovaks. That’s why we are a bit cold at first. We just need some time to find out, that the labelling they used at the beginning is wrong. And as soon as we see this clearly, we are ready to welcome you in our lives and treat you with respect and friendliness you deserve. Please, be patient and give us a little time to adjust.