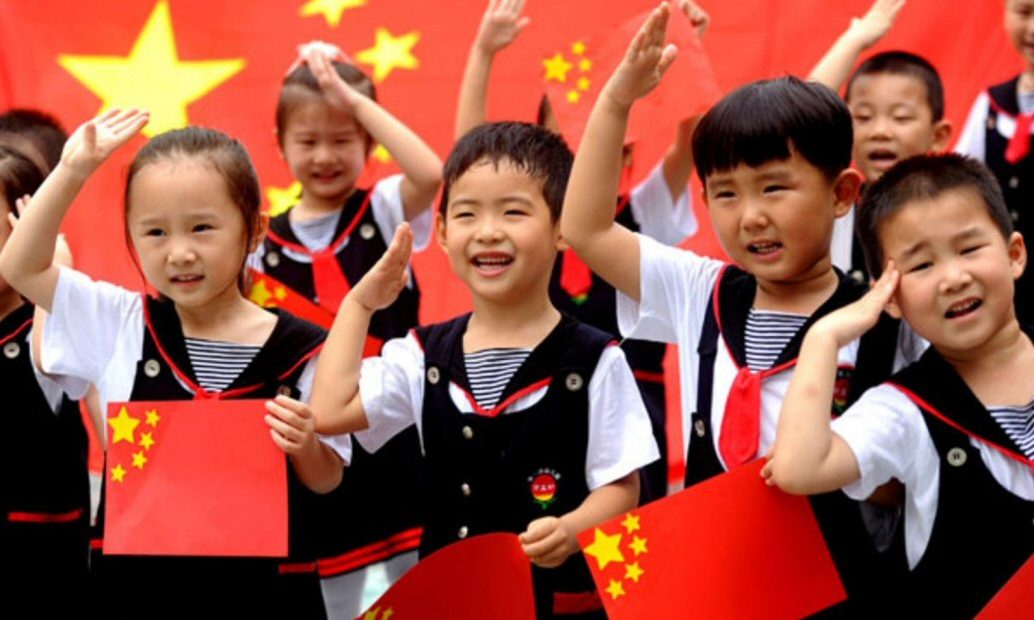 Xi Jinping’s Thought has taken over (storming) the educational system

This year a significant event changed the Chinese system of education drastically, transforming it for a long time. To recall communism as the only political way and to reinforce its grip, the Ministry of Education (MOE) has added Xi Jinping’s thoughts into the curriculum. Xi’s thought will be included in the programs from 1st September 2021, the official start of the new school year, from elementary school to university, in order to strengthen the determination to listen to and follow the rules of the Chinese Communist Party (CPC), while the new teaching materials will have to “cultivate patriotic feelings”. Before understanding what this means and its implications for the future, let’s first take a look at the previous years.

Xi Jinping, who became the president of China and the leader of the CCP in 2012, rapidly consolidated its power in China both as a politician, a military man, and a bureaucrat. Since the beginning of his mandate, Xi has made some drastic changes to the Constitution. In October 2017, during the National Congress of the Communist Party of China (NCCPC), some revisions to the Constitution were deliberated unanimously. Indeed, at the beginning of 2018, in an anomalous plenary session, the party approved a package of amendments to the PRC’s Constitution. These constitutional changes marked an excessive centralization of power in Xi’s hands. Arguably, the most important amendment is the inclusion of Xi Jinping’s “Thought on Socialism with Chinese Characteristics for a New Era” as the guiding principle of the CCP and, consequently, China. Xi’s thought became an additional guideline siding Marxism-Leninism, Mao Zedong’s Thought, Deng Xiaoping’s Theory, (Jiang Zeming’s) Theory of Three Represents and (Hu Jintao’s) Scientific Outlook on Development.

It is highly anomalous that a living leader in power in China managed to change the Constitution, including his personal thought, but Xi, de facto, did it. In the CCP tradition, a leader’s thought or theory was embedded in the Constitution post mortem. For the first time since Mao Zedong, a Chinese leader was able to introduce its thought in the Constitution while still in power, achieving an anomalous authority. Until 2017, in the post-Mao order, China tried to support the principle of collective leadership, avoiding that a leader concentrated excessive power in his hands. Moreover, only Mao and Deng Xiaoping have had their names linked to their respective ideologies. Now, also Xi Jinping.

In art. 79, the amendments removed the maximum number of mandates for the head of state – the terms that the president of the Republic can hold. Before 2018, the maximum number was two, now there is none, which means that Xi could decide not to step aside at the end of his 10 years, hence, two mandates. This (disruptive) amendment has also triggered reactions from the international community. Criticism arose because, with this move, Xi legally removed the only formal obstacle to staying in power after the customary two-term mandate.

Formally introducing his thoughts in the education system, Xi’s grip also reached the education field because he is trying to influence and shape Chinese identity as “good communists” reinforcing the “Marxist” and “patriotic” approaches of national education. In this regard, Tian Huisheng, a MOE ministry official, declared that “the ideological system of socialism with Chinese characteristics of Xi Jinping in the new era is rigorous, logical, rich in connotations, broad, and profound”.

His thought will be taught in every stage of the education system and in every school – no exception – even in the elementary schools, where it might have the highest impact in shaping children’s minds. In primary schools, teachers will focus on teaching the love for the Chinese Communist Party, the country, and socialism. Xi Jinping’s thought will be inscribed in pictures adapted for children. In this way, Xi’s ideology and political thinking will be indoctrinated to its youngest audience. In middle schools, the professors will focus on giving the students the necessary knowledge to formulate their political judgements and opinions – inevitably, in agreement with Marxism-Leninism and Socialism. In colleges, there will be more emphasis on establishing theoretical thinking.

It seems that it is a plausible example of the cult of personality, same as it was for Mao. Besides, for the party, incorporating Xi Jinping’s Thought on Socialism with Chinese Characteristics for a New Era into the curriculum is significant for helping to strengthen confidence in the party, and establish the preeminent role of the theory and culture of socialism with Chinese characteristics – consolidating the “Marxist faith”. Xi Jinping is influencing this shaping of Chinese identity. However, criticism does not lack, even if not publicly acknowledged. Some parents expressed discomfort – privately – about the curriculum but declined to be interviewed because of the fear of getting in trouble.

Nowadays, Xi Jinping’s China is not a totalitarian state, but, still, it can be defined an authoritarian one. Xi has currently a claim to ideological control – especially now in schools – but he still allows the population to maintain their own autonomy defining their identity (as consumers, for example). Moreover, citizens in China have strong economic autonomy, particularly in pursuing private economic agendas, such as small businesses. In general, China is not a fully planned economy because the state does not fully control it leaving some kind of freedom to their citizens.

Besides the economic sphere, regarding freedom of thoughts and freedom of expression, it seems that China is constantly moving toward a totalitarian asset. There is a tangible, even if not obvious, dimension of “mind control”; there is a police state but the government does not totally control Chinese people’s way of thinking. The government influences young scholars’ minds by constantly manipulating the past recalling China’s victimization considering Western countries as cultural enemies. Xi is not currently trying to completely reconfigure the true entity of China but he is gradually redefining people’s beliefs and values ​​in order to make them true believer in Socialism and Marxism taking the distance from Western culture.

China is highly anchored to the past but sometimes this creates blurred boundaries, especially in the leader’s authoritarian tendency to the regime’s autocratization. The implications for the future are basically linked to China’s international posture, which sometimes is strongly criticized by the US, in terms of cultural values. On the other hand, it is supported by some African and Latin American countries.

In conclusion, Xi Jinping’s thoughts have at all effects became an ideology. In the past, the previous Chinese leaders have come up with their own political ideologies, which have been incorporated into the Constitution, but none, besides party founder Mao Zedong, has had their ideology described as “thoughts”. Moreover, only Mao and Deng Xiaoping have had their names attached to their ideologies; the others had different names, such as in the case of the Theory of Three Represents, and the Scientific Outlook on Development. Hence, after Maoism, China’s students now have to focus on studying Xi-ism, his political philosophy. Xi has recently added a disproportionate amount of power to himself, hence, in the coming decades, the crucial issue will be whether the Xi leadership will be able to win support at home and abroad. This step comes as part of a wider campaign to fight what the party considers as corrupting influences on the youth. Besides being a political task, this decision aims to cultivate – and indoctrinate – the worthy successors of Socialism and the party.