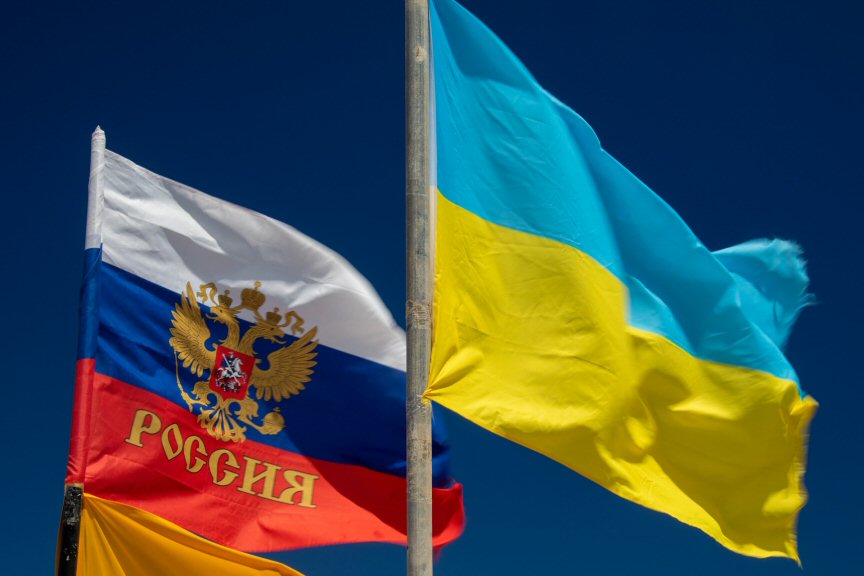 A possible turning point in the Russian-Ukrainian conflict?

Since nation states exist, we also have to treat conflicts in connection with ethnic minorities. In 2014, the disagreements around Russian minority and the Eastern part of Ukraine led to an undeclared war, which is still a current issue. In my opinion, it is important to add, that the Russian Federation does not quite accept Ukraine as a fully independent state, because it is very close to Russia in the terms of language, culture and economy. Russia believes that Ukraine is only independent because of the collapse of the USSR. In the case of Donbass, the opposing states are the Russian Federation and Ukraine, but Russia officially denies that they would take part in the war and considers itself as a neutral bystander.

Through the years since 2014, the situation in Donbass did not really change. Nevertheless, looking at the recent events, the Steinmeier formula was a definite moment of the situation. After long negotiations, on 1 October 2019, Kiev, Moscow and the representatives of OSCE agreed on giving special status for the regions of Luhansk and Donetsk and withdrawing troops from the front lines. Besides that, after a successful Russian-Ukrainian prisoner swap, Vladimir Putin, Volodymyr Zelensky, Emmanuel Macron and Angela Merkel met on 9 December 2019, in Paris, where the Russian and Ukrainian sides decided to exchange all remaining prisoners of war by the end of 2019, to organise new elections in Donbass and to schedule more negotiations in the future. These plans and promises doubtlessly meant hope in a desperate situation.

However, 2020 brought new prospects in the progress of the issue of Donbass. From January, the ceasefire was broken by pro-Russian forces and attacks became more and more frequent in the area. Moreover, the COVID-19 pandemic also caused declension in the Ukrainian crisis. The quarantine measures hinder the acquisition of the most important resources and many have lost their jobs due to lockdowns. This chaos led to a complete regression: everything goes like in 2014/2015, the worst period of the war. Besides, the Russians also use soft power to take control. Former Ukrainian prime minister, Arseniy Yatseniuk declared, that “Putin controls 50% of the news channels in Ukraine, so he can easily control 50% of the minds and hearts of Ukrainians”.

After looking through the current situation, it is easy to see that this despondency requires a kind of solution, which concentrates to the basics of this complex conflict. One of the keys of the situation is uncertainty. Taking into consideration that the possible Ukrainian steps are mostly obvious, their purpose is clear, the tools at their disposal are also known and the reaction of the Western powers is also easily predictable for the Russians, Ukraine is fully vulnerable, while the Russian leaders’ and Putin’s motivations are only known exactly by himself, so the Ukrainians will never have the advantage of easily planning forward. There is only one certain point behind the Russian motives: regaining influence over the destabilized Ukraine and its geopolitical orientation. This is the reason, why the Ukraine-European Union Association Agreement and the NATO Membership Action Plan was a real threat for Russia. On the other hand, Ukraine apparently cannot handle the situation on its own, but to fully lean on international support makes the state more vulnerable. Since the Trump-Ukraine scandal and the upcoming elections, it is not worth counting on the US backing. Furthermore, despite the expenses and consequences of the war in the recent years (like the sanctions by the EU or the Russian economic stagnation), Putin did not want to give up on his plan, so the status quo was acceptable from the Russian Federation’s standpoint.

However, the Coronavirus pandemic in 2020 put so much pressure on the Russian economy, that maybe it could influence the Russian attitude into the direction of a possible agreement could achieve a result for both actors in the situation: Russian concessions in connection with Ukraine for the removal of economic sanctions. After considering all these factors, it is still challenging to make predictions regarding the future of Donbass. However, one thing is certain: the time is not on Kiev’s side.