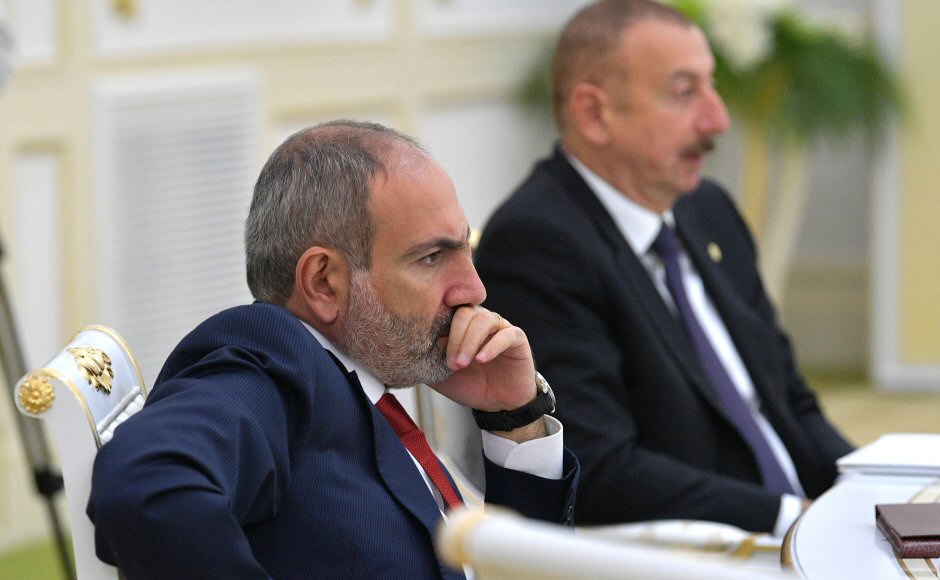 Who is a reliable ally? New escalation in clashes in the South Caucasus

Many countries across the globe are still facing the crisis of the COVID-19 and Armenia is not an exception, even more, it has one of the highest positive COVID-19 rate, though the crisis regarding the pandemic is not the only reason of being alarmed.

A landlocked country with Turkey to the west, Georgia to the north, Iran to the south, and Azerbaijan to the east faces military aggression from the Azerbaijani side even in these days when the world is focused to unite forces in the fight against COVID-19.

On July 12, 2020, in the afternoon hours, the situation between Armenian and Azerbaijani border has escalated.

According to the defence ministry of Armenia, servicemen of the Azerbaijani armed forces tried to cross the state border of the Republic of Armenia in the direction of the Tavush region with an UAZ vehicle. After a warning by the Armenian side Azerbaijani servicemen left the car and went back to their positions. A few hours later, they repeated the attempt to occupy the border position of the Armenian Armed Forces, using artillery fire.

According to the democratically elected prime minister of Armenia Nikol Pashinyan, Azerbaijani military-political leadership bears full responsibility for the consequences of regional destabilisation, he is adding to his statement that no provocative action by Azerbaijan stays with no response.

Meanwhile, Azerbaijan’s Foreign Ministry has made a statement on the escalation of the situation. Stating that “Armenia attempted to attack, using artillery, in order to seize positions in the direction of Tovuz region along the state border between Azerbaijan and Armenia.”

It is also worth mentioning that a week before the provocations, Ilham Aliyev, who has never been elected in fair and democratic elections, talked about the ineffectiveness of the negotiations, thus announcing the developments.

Azerbaijan continued to shell the civilian settlements in several borderline villages of Armenia targeting also textile factories in the villages producing COVID-19 protective masks. Meanwhile, thousands of people in Azerbaijan went out the streets last night in radical Islamist movement chanting “Allahu Akbar, Death to Armenians” – the exact chants that were in place back in 1988 when the 400,000 Christian Armenian minority in Soviet Azerbaijan had to flee the country. This reflects the educational system by which the Azerbaijani population was fed during the last three years.

Stating controversial information is not a novelty in the history of the conflict between Armenia and Azerbaijan, neither the neutral position of the Russia who is playing the role of mediator in between of countries in the format of OSCE Minsk Group but at the same time by selling weapons to both parties triggering conflict.

As a paradox, Republic of Armenia and Azerbaijan were members of the same security treaty until the 1999 year. The most important fact here is that Armenia still is a member of The Collective Security Treaty Organisation. If we will go to the details of the statute of the organisation we will see that Article 4 stipulates the following: “In case an act of aggression is committed against any of the Member States all the others Member States will provide it with necessary assistance, including military one, as well as provide support with the means at their disposal in exercise of the right to collective defence in accordance with Article 51 of the UN Charter.”
Nevertheless on the 13th of July, CSTO postponed the extraordinary meeting and after two days of silence the military-political alliance called on the parties to “immediate ceasefire in the CSTO area of responsibility.”

It is obvious that CSTO member countries and so-called allies of Armenia ignored their responsibility since the aggression to the member country should have been considered as an aggression towards all CSTO members. Amongst them, Russia who is a strategic partner of Armenia in the majority of processes of integration as well as in military-political sphere, viewed Armenia and Azerbaijan on the same level and put a sign of equality between them, MFA of the Russian Federation published statement where they expressed their condolences to the families of died servicemen and called sides to a ceasefire and no denouncement of provocations from the side of Azerbaijan.

Meanwhile, the military-political ally and brother nation of Azerbaijan was acting in completely different manners.

Turkey doesn’t forget its mission. After destabilising  of the situation in a number of neighbouring regions: the Middle East, Eastern Mediterranean and North Africa causing immeasurable sufferings to the peoples of those regions, now ruling dictator and his son-in-law express support to Azerbaijan by which they reinforce instability in the region of South Caucasus.

Calls for peace in interstate relations, from different political organisations, and bodies are just a veil to reality, while Armenia has to face aggression of the neighbour that started inadequate actions decades ago and tackle with unreliable allies in one of the most complicated regions where conflicts are being triggered by world powers.