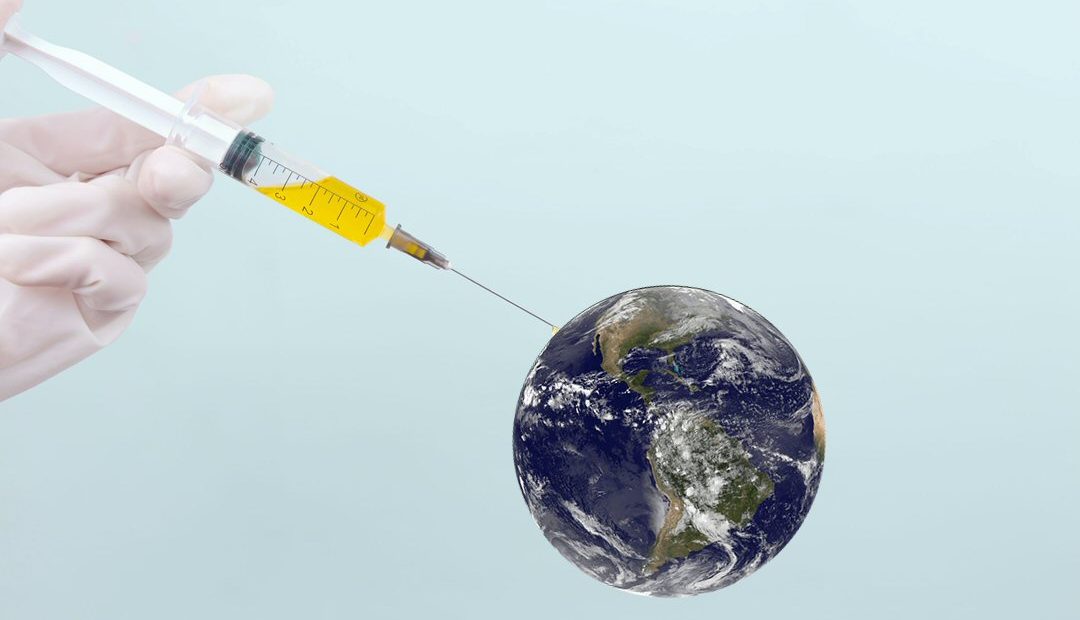 The Covid-19 has undoubtedly confronted the world with an unprecedented situation that began as a health crisis threatening to have the largest economic impact since the Second World War, especially in less developed countries. Even if predicted after the outbreak of SARS in 2003, no government had preventively considered or planned such a catastrophic scenario.

In today’s international and multilateral system, the states are extremely interconnected, and no country can address transnational challenges alone. Cooperation is indeed needed – in the supply and delivery of individual protective equipment, in the World Health Organization, and now, in the distribution of vaccines globally.

During the second trimester of 2020, the hot topic was “China’s mask diplomacy”. China’s mass donation of masks and medical supplies to hospitals and local charities all around Europe has taken this name. According to its political class, China’s action was a reasonable response to Europe’s previous help as well as a further logical step in acting as a responsible global leader. However, the skepticists accused China of “political manipulation”.

Since the beginning of 2021, a new topic resounds loudly in the states’ political agendas: vaccine diplomacy. This blog aims to address the issue of vaccine diplomacy, underlining cooperation and competition between countries.

Firstly, to conceptualize the topic, with the term “vaccine diplomacy,” it is considered using vaccines to improve a country’s diplomatic relationship and influence of other countries. It also means a set of diplomatic measures to ensure access to the production of potential vaccines in the shortest term, assist countries that may not have access to vaccines otherwise, and, most importantly, enhance a country’s bilateral or multilateral political relations and cultural influence.

The major powers involved in vaccine diplomacy are China, the US, and Russia. For China, vaccine diplomacy opens new windows of opportunities to boost their country’s political and economic ties in Latin America, South East Asia, and Africa and “to build a community of shared future for humankind,” to recall Xi Jinping’s vision.

Nowadays, China is an important contributor to the global vaccination efforts against Covid-19. As the pandemic broke out, the Chinese authorities emphasized the Health Silk Road as part of the Belt and Road Initiative (BRI). Back in May 2020, at the World Health Assembly, Xi Jinping guaranteed its commitment to addressing this challenge globally and promised to make Chinese Covid-vaccines “global public goods”, especially for developing countries. Henceforth, “vaccine diplomacy” became a reality. Vaccines – like masks before – have become an element of competition, instead of cooperation, to win a country’s influence across the globe.

China currently produces two vaccines approved by the WHO: CoronaVac and BBIBP-CorV from Sinovac Biotech and Sinopharm. These two vaccines undoubtedly improve China’s position as a “health provider” globally. However, even though Chinese vaccines have been approved by the WHO, they have been declared mildly ineffective: the efficacy is around 50%, which is far below the threshold recommended by the WHO (70%). Moreover, China’s supply of vaccine doses is mainly directed towards Africa and Latin America that are already benefiting from China’s support, even if still insufficient. Indeed, there is a risk that Beijing’s vaccine diplomacy will not succeed in damaging China’s image worldwide.

In this regard, the EU has a slightly different approach to “vaccine diplomacy”. The EU recalls that countries must avoid “vaccine nationalism,” and must support “vaccine multilateralism” so that all countries may have access to vaccines. In the European view, “vaccine diplomacy” poses some challenges because it implies that some countries may link access to medical treatment to political compliance. Indeed, like the “mask diplomacy” of early 2020, it could be a great step back in international cooperation. The EU opposes “vaccine diplomacy” because vaccines should not be used as a bargaining method or preserve richer countries. On the contrary, vaccines should be treated entirely as “global public goods”, non-excludable and non-rivalrous, and distributed without political discrimination based on medical needs.

In the spirit of working together, China is actively cooperating with the EU and other countries to accelerate vaccine development and production to help relieve and address disparities in vaccine distribution. Indeed, the EU calls for vaccine cooperation, recalling “vaccine multilateralism”, because it is the best way forward to end the Covid-19 spread. In reality, in China, the number of doses sold through bilateral contracts is far higher than the doses donated to developing countries through the COVAX initiative.

The EU has inevitably entered the vaccine race later than China by sending doses to strategic partners and countries. However, while China prefers a bilateral approach, the EU’s policy is based on multilateralism and entailed in the COVAX mechanism. The EU recalls that vaccine diplomacy must not be limited to the national level. On the contrary, it works well on the multilateral level; otherwise, countries, especially developing countries, will not be able to tackle the Covid-19 challenge alone.

In other words, the novel coronavirus pandemic has increased the gap between developed and developing countries since the world’s poorest nations are having repercussions due to vaccine shortages. Moreover, “vaccine diplomacy” does not help fill this gap and ensure equitable access to every country. Indeed, Beijing’s bilateral commitment is clearly in line with its national interests.

In December 2020, while working for global equitable access to Covid-19 vaccines, CEPI, GAVI, and the World Health Organization jointly launched the COVID-19 Vaccine Global Access facility (COVAX). Under the auspices of the WHO, this co-led initiative is a vaccine-sharing scheme that encourages innovative global cooperation, which aims to accelerate the production of vaccines and ensure equitable access to everyone, which essentially means that rich countries will be invited to donate vaccines to the poor. The original aim for the end of 2021 is to make available 2 billion vaccine doses to the countries that participate in COVAX, and, among those, 1.3 billion will be distributed to low-income economies. However, only 3.8% of the doses administered worldwide came from COVAX.

Although the COVAX Facility was initially well-considered to ensure access to Covid-19 vaccines under the principle of global equity, the reality is that an adequate supply of vaccines is simply not available. True vaccine multilateralism requires that China, the US, UK, and European nations equitably share their vaccine stocks through COVAX, avoiding uni- or bilateral measures. If China intensifies its endorsement within the WHO and the COVAX initiative contributing at the multilateral level instead of relying on bilateral channels, its status as a responsible multilateral actor will gain legitimization. Moreover, in this way, Beijing could demonstrate that its vaccine supply abroad – and foreign policy – is not entirely centered on pursuing national political interests. The WHO Director-General Tedros Adhanom Ghebreyesus declared that COVAX had made signs of progress, but it is still fragile and insufficient. The countries need to accelerate the supply and distribution of COVID-19 vaccines, but only if countries stop approaching manufacturers producing vaccines that COVAX is counting on and unilaterally or bilaterally send vaccines to increase their political influence in a country or region.