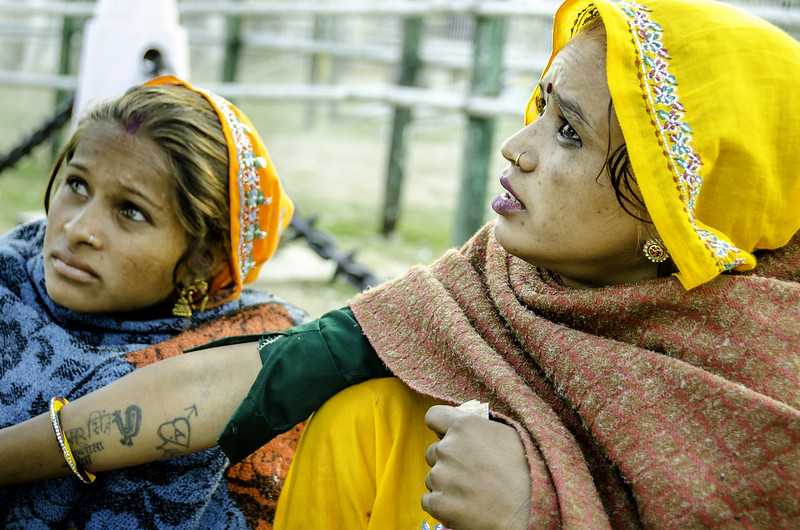 The word gypsy evokes Romani people or the Roma community. Because it is used as humiliation in colloquial speech, using Romani people or the Roma community is more proper. It is considered that Romani people come from India. It is not known why Romani people left their homeland and how they spread all across the world. Many of them live in Europe nowadays. There are an estimated 10 million Romani people in Europe. According to the data which was published by the Council of Europe, the highest Roma populations are in Turkey (2.75 million), Romania (1.85 million), Russia (825,000), Bulgaria (750,000), Spain (725,000), Hungary (700,000), Serbia (600,000), Slovakia (500,000), France (400,000) and Greece (265,000).

Although most Romani people speak the language where they live, they also have a language which is called Romany or Romani. That language is an Indo-Aryan language. The Romani language has mostly used as an oral language until today.

Wherever Romani people live, they usually embrace the majority’s religion. They do not have a common religion or rituals to follow. However, there are different religious behaviours that they try to pass down. Due to the reason that they usually adapt the religion where they live, Romani people who live in Turkey, Iran, Syria, Palestine, and North Africa are predominantly Muslims, while Romani in Europe and America are mostly Christian. They also tend to adopt the main religion’s sects.

For many of us, Romani people are still a mysterious community. Because they still keep their culture and their customs and traditions, they are often seen as the most known marginal community in the societies where they live. The members of the Romani communities are usually exposed to discrimination. Even though it is not mentioned often, they have been exposed to a genocide in Second World War. The Romani genocide is known and called as the Porajmos. They were the first victims of Nazism. The Nazis defined Romani people as “out of the society” and a worthless race. They and their supporters slaughtered thousands of Romani people in the territories of Europe which were under occupation. Historians estimate that between 220,000 and 500,000 Romani were killed by them.

Romani people have been in minority during history. They have not ever had an own country. However, even though they do not have a Romani country, they have their own symbols: a flag and anthem. The Romani flag was confirmed by the representatives of various Romani communities at the first World Romani Congress in 1971. The flag consists of a background of blue and green. Those colours represent the heaven and the Earth. It also contains a 16-spoke red chakra, or cartwheel, in the centre. The name of the national anthem is “Gelem, Gelem” which is composed by Zarko Jovanovic. The song is mourning which expresses Romani people who were slaughtered by Hitler. The song was also first approved by delegates of the first World Romani Congress in 1971.

As it can be seen, Romani people are struggling to adapt to the majority culture in each of the regions where they live, however they also seek ways of preserving their culture and traditions. Recently Romani ethnic groups have already developed their collective symbols that are recognised and used internationally. The biggest and most difficult steps towards creating a strong and modern ethnic identity are the recognition of collective memory, the creation of widely used and recognised own symbols and to support institutional presence. A very important cornerstone in this process will be the gradual common acceptance of the name of Romani people internationally.