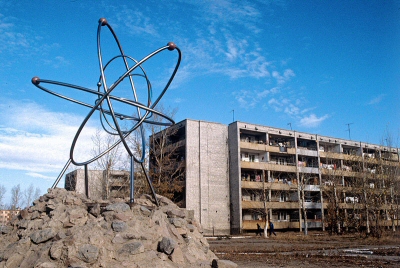 The Cold War has already ended but when the USA and Russia work together on something, the world still gets suspicious. The political trust still hasn’t returned to the relations of these two countries, but as some recent events showed, cooperation for good purposes is still possible.

A recent study revealed some new details about a secret international mission between 1996 and 2012 on the abandoned steppes of rural Kazakhstan. The name of this area is Semipalatinsk, it’s about as big as Belgium. In 1947 Stalin ordered to transform this area into a nuclear test site to develop the best atomic bombs and other weapons for the Soviet Union.

The site was built in two years with the hard work of Gulag prisoners. 456 tests were performed from 1949 to 1989, 340 under the ground and 116 above the ground with mushroom clouds. We can say they were successful, the first Soviet thermonuclear bomb – as Americans call it, the Joe-4- exploded in the Semipalatinsk area. The total power of 40 years of atomic tests is 2,500 times bigger than of the bombs in Hiroshima. Originally Semipalatinsk was chosen because it was uninhabited, but it was far from the truth. Still nowadays millions suffer from its consequences-cancer, infertility, birth and genetic defects, and a huge number of suicidals.

After the fall of the Soviet Union the nuclear test site wasn’t needed anymore for the newly independent Kazakhstan and it immediately returned the 1,410 inherited warheads to Russia. The huge amount of nuclear waste and equipment was buried in caves and under the ground. The Kazakh government warned the civilians about the radiation hazard and then assumed that the problem was solved.

But the poverty in this area made people ignore the serious consequences and risking their lives they searched for the valuable metal in the caves. This was the point that aroused the attention of the United States. Obviously, if simple residents could get the nuclear leftover, it couldn’t have been a difficult mission for terrorist groups neither. To avoid it, Washington contacted Russia and Kazakhstan to find a proper solution. Avoiding the terrorist activity was a big interest for the three countries, so they decided to launch a huge secret project.

From 1996 the mission was to destroy and deport all the nuclear leftover in 17 years. It wasn’t an action for the media or for international organisations. It was kept in secret from the publicity. It was the only way to avoid the attention of terrorist groups or other factors that could be informed about the precious supplies.

The American-Russian-Kazakh cooperation was realised without any big international agreement, it was based on simple ad hoc solutions. They all had the same aim that made the collaboration easier. All the three nations took their part. America gave a huge financial fund, 150 million dollars, Russia gave information about the most dangerous locations and Kazakhstan provided place for the actions.

It’s remarkable that during this period in Washington there were three fundamentally different administrations, happened the trauma of 9/11, and the Russian-American relations constantly changed. But the USA didn’t stop financing the mission and scientists of the three nations were working together without any break.

The world has many other problems apart from terrorism, like starvation, poverty, wars, or serious violation of human rights. When there is some kind of international cooperation against them, it’s usually about showing power and morals and telling other countries that who are the “good guys”. If they could recognize the mutual interests like in the case of Semipalatinsk, the most serious global issues could be resolved with the real cooperation of states.