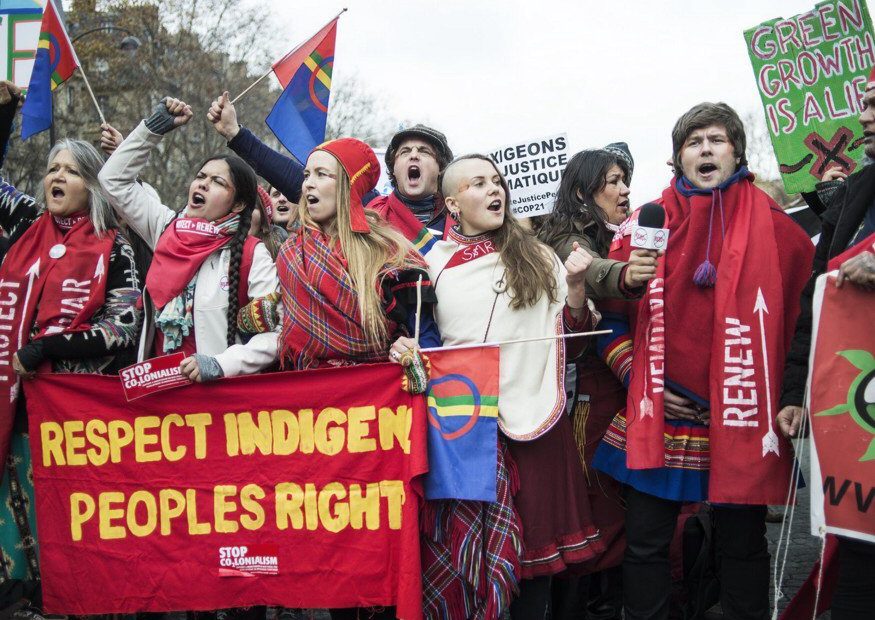 Empowering ethnicity: Citizens bat for the protection of minority communities in the EU

Europe, since ancient times, has been a symbol of ethnic identity and nationality. The highlighting factor that contributes to Europe’s diversity is its minorities who have inhabited the continent for centuries and have established their cultural footprint around the region. Yet, over the years, with the rise of right-wing nationalism, minorities in Europe are susceptible to persecution and an apparent disregard for their concerns. And, as the pandemic spreads across Europe, minorities are not only subjected to discrimination but are also victims of the economic fallout.

As a measure to empower and voice the concerns of the minorities in the European Union (EU), a campaign was launched through a European Citizens Initiative (ECI), a method in which citizens could shape the EU’s policies by requesting the European Commission to submit legislative proposals. The ECI aimed at petitioning the European Commission (EC) for creating a legislative framework to protect the rights and interests of minorities. It garnered support by creating an online petition titled “Sign It Europe” in 2019, and as of October 2020, over 1 million signatures were received from three countries. However, citizens from at least 4 more countries have to sign the petition for it to be formally placed before the European Parliament.

A distinctive feature of this campaign is the objectives it proposes to achieve. The petition intends to notify the EC about the financial autonomy of minorities by recommending direct funding from the EU. As justified by the ECI, the financial independence of minorities means more autonomy and less interference of political actors or the government, who, otherwise, may shed direct influence that may hinder the independent decision-making process among communities. The emphasis on autonomy is a notable issue as it provides minorities better access to funds and empowers their self-right to utilise it with no strings attached. With effective funding from the EU, minorities and indigenous groups could bank on creating better infrastructure and enrich the sustenance of backward regions in Europe.

Moreover, at the outset of a health emergency, funding for minorities has been acutely hampered.  Many EU states face a serious financial crunch due to less production induced by lockdowns and other pandemic-related restrictions. As a result, states may cut their budget towards minority development and that may affect the beneficiaries severely. So, the option of funding minority communities via the EU becomes a convincing fact. The EU could first bring out a framework and as the pandemic rescinds, it may decide to fund community development projects as and when possible.

Further, an important aspect to look at is the existing state of governance in the EU vis-à-vis minorities. Right from the inception of the EU, the protection of indigenous communities has found a place in many parliamentary studies, reports, and working documents. Many EU countries are also parties to the 2007 United Nations Declaration on the Rights of Indigenous Peoples and have reiterated the principles in their respective national legislations. But it was only in 2018 a collective resolution was passed in the European Parliament that provided for the protection and safeguard of indigenous peoples across the globe. The resolution broadly envisaged on protection, human rights, and autonomy of indigenous peoples. Apart from the EU, the Council of Europe (CoE) has also established its framework for the rights and protection of indigenous communities and minorities through the 1998 Framework Convention for the Protection of National Minorities as well as the European Convention on Human Rights, which bestows legal redressal for minorities in case of violation of human rights.

Nevertheless, certain pivotal issues loom around the current EU framework and it is twofold. One, there is no agreed definition for the terms, “indigenous people/communities” or “national minorities.” Though there is a definition for the word “minority” (Definition-A non-dominant group which is usually numerically less than the majority population of a State or region regarding their ethnic, religious or linguistic characteristics and who (if only implicitly) maintain solidarity with their own culture, traditions, religion or language) in the EC Glossary it cannot be construed within the definition of “national minorities” as the decision lies with the respective national governments and not the EU. Different states have different definitions for the term “national minority” and because of the lack of uniformity in the EU, there is scope for confusion that eventually makes the identification per se difficult. So, unless a common basis is derived uniformly through a separate legal instrument or framework, governments could use their discretion to misuse the terminology for political gains that may put the lives of minorities at stake, a matter which might be clearly against Article 3 of the 1998 Framework Convention which necessitates that only an individual could choose his national minority status and the same could only be exercised through his or her free will and consent.

Two, the disparity between the EU’s external and domestic policy on indigenous communities is a critical factor. An interesting fact to note is that the European Instrument for Democracy and Human Rights (EIDHR), an EU initiative to promote democracy and human rights worldwide by supporting various empowerment and development programmes and schemes, actively promotes the direct transfer of EU funds towards indigenous and minority organisations in backward regions outside Europe, leaving behind no place for minorities staying within the EU. On one hand, the EU supports minority development abroad, on the other, minorities at home feel the brunt.

The underlying matter is that reforms are in the need of the hour. Perhaps it could be inferred that the EU mainly focuses on the protection and non-discrimination of minorities over development. But the fact is that both protection and development of communities work hand-in-hand, where one provides the mechanism for survival and the other creates a reach for communities to realise their goals. In apropos, the petition calls for a shift in the status quo and mulls for better economic standards amongst minorities. Going by the present-day parlance, the petition seeks a “PPE” model: Protection, Preservation, and Empowerment of Minorities. But all these factors depend only if the EU becomes a direct benefactor. If the EU takes up the issue, it would mean that minorities are recognized through the arc of development and not protection alone. Minorities would be benefitted from the reaps of economic development that include reduction in migration, better access to livelihood, and importantly, preservation of plurality within the EU. It would also portray that the EU is inclusive in accommodating ethnicities and could be an ideal example for the rest of the world in affirming socio-cultural commitments.