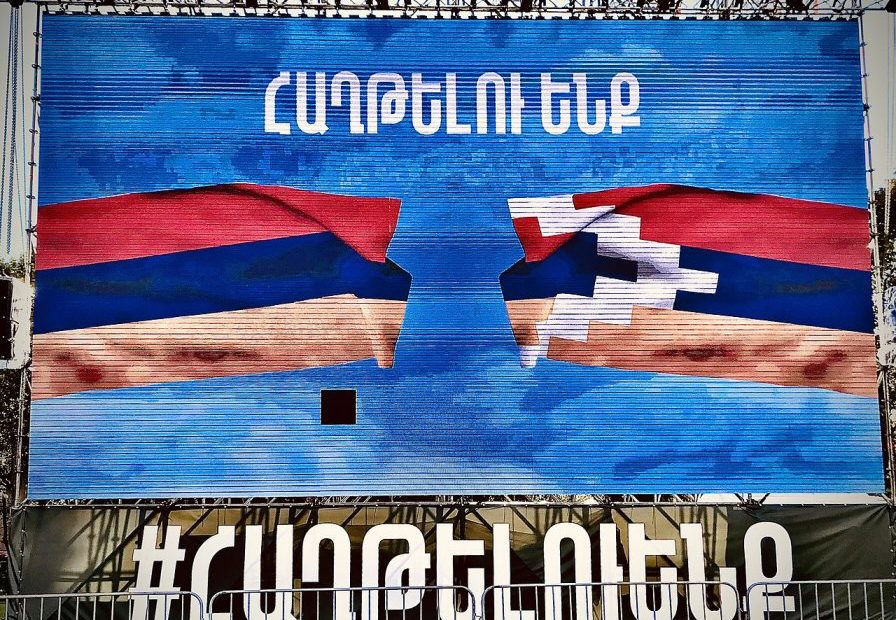 The South Caucasus has historically been one of the most strategically important geopolitical regions. For centuries, internal and external powers – both Christian and Muslim – have vied for control over the territory. In the post-Soviet period, the situation in the South Caucasus has always been tense. The longest-running war in the Nagorno-Karabakh Republic that broke out in 1998, now is gaining its momentum. The need for a peaceful settlement of the armed conflict has never been stronger than now.

Nagorny Karabakh is officially recognized as a part of Azerbaijan by the international community. This territory de facto is run by Armenian authorities who declared independence of this area in 1991. Armenians consider Nagorny Karabakh as their historical land, appealing by the right of nations to self-determination. The clashes along the Armenia-Azerbaijan border since then have intermittently occurred. However, the current situation is different due to a fundamentally new influence of external factors. For the first time, Turkey has sided with its longtime ally Azerbaijan so openly and unequivocally. That led to a setting Ankara apart from its NATO allies and other states demanding a ceasefire. Turkey’s direct engagement in the Nagorny Karabakh conflict risks to turn the local dispute into a regional one. What really lies behind Turkish support for Azerbaijan – a support of its ethnic Turkic ally or an attempt to precipitate a new regional geopolitical order?

To begin with, Azerbaijan has historically been a vital Turkish ally in the region. The two states share strong ethnic and cultural ties. Moreover, advantageous geopolitical location of Azerbaijan as a transit state can be seen as a bridgehead into Central Asia – predominantly Russia’s sphere of interests. Thus, a shift the status quo in the Nagorno-Karabakh conflict in favor of Azerbaijan by Turkey can be considered as an attempt to weaken Russian influence in the South Caucasus.

Political experts claim that the armed conflict in Nagorno-Karabakh can be considered as a part of Turkey’s aspirations for both regional and global leadership. In recent years, Erdogan has undertaken a more aggressive foreign policy across some regions. Nowadays Ankara is actively involved in North Africa (Syria), the Middle East (Libya), and in Iraq (Iraqi Kurdistan). Turkey’s growing power in these territories can be regarded as attempts to strengthen its leadership in the Islamic world. Ankara’s ambitions to occupy the leading position in the region are also bolstered by the state’s strong alliance with the United States what provides more confidence to implement Erdogan’s political line.

To summarize, it is worth mentioning that further escalation of the conflict in Nagorno-Karabakh is to have far-reaching implications for the geopolitical map in the whole Caucasian region. The Nagorno-Karabakh conflict needs to be resolved. “The longer the fighting goes on, the more advanced weapons that are used, the more civilian and military casualties mount, and the further the fighting extends beyond the disputed territory,” Olesya Vartanyan, International Crisis Group’s Senior Analyst for the South Caucasus region states, “the more likely outside military intervention becomes.”