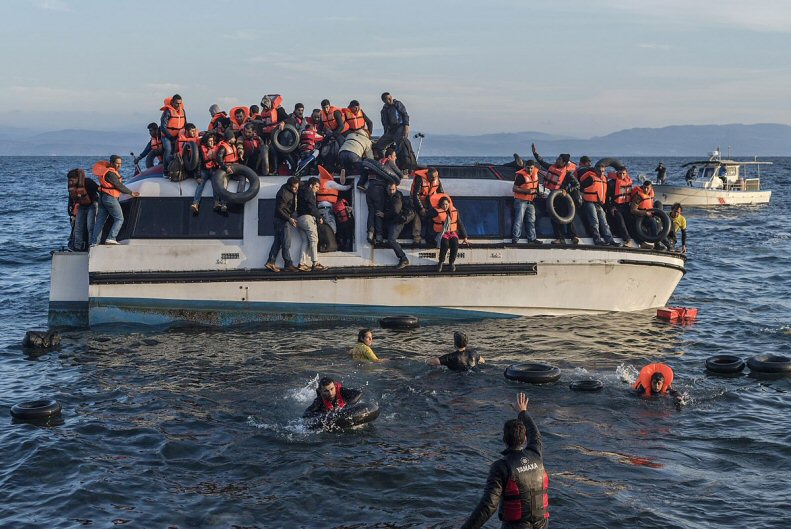 Top EU leaders met recently to reopen the discussion on the migrant crisis. This meeting is a precursor to a more formal summit expected to take place later in the summer.

Recent events have spurred on the decision to reopen questions about the migrant crisis among EU leadership. One such event was Italy’s refusal to allow a boat full of 630 migrants – the Aquarius – to dock in its ports. The leaders will discuss primarily the shared responsibility of the migrant influx and seek to divide the burden evenly among EU member states.

Italy is one such country that was hit hard during the migrant crisis of 2015. The new Italian government vows that they will not be forced to bear such a heavy burden as before. As a centrally-located Mediterranean country, they bore much of the responsibility of not only holding migrants but processing them as well. The Dublin Regulation states that the first EU state that the migrant enters must do the processing and examination. The IOM (International Organization for Migration) noted that so far in 2018 over 41,000 migrants have entered the EU from just three countries (Italy, Greece, and Spain) on the Mediterranean. These front-line countries are expected to receive much more help and compensation then they given during the last crisis.

EU leaders will also discuss the future of states who refuse any migrants and also protest to paying the “migrant fee” proposed to nations who refuse to house migrants. The Visegrad group consisting of Poland, the Czech Republic, Hungary, and Slovakia, refuse to be represented at the summit to be held this summer. Hungary, in particular, is well-known for its anti-migrant stance and, after the migrant crisis of 2015, has built a heavily fortified fence along its southern border.

Furthermore, some other questions to be answered are how to deal with “secondary movements” among migrants. That is, those who move from state to state freely. Should there be a quota system introduced to share out new arrivals to states that can handle them? What role do charities have in search and rescue missions in the Mediterranean along with the EU coastguard?

These recent events, along with the recent elections of more hard-line leadership such as in Hungary and Italy, have created a tense situation for EU leaders regarding migration. 17 countries are set to attend the summit so far and it will be moderated by EU Commissioner Jean-Claude Juncker.