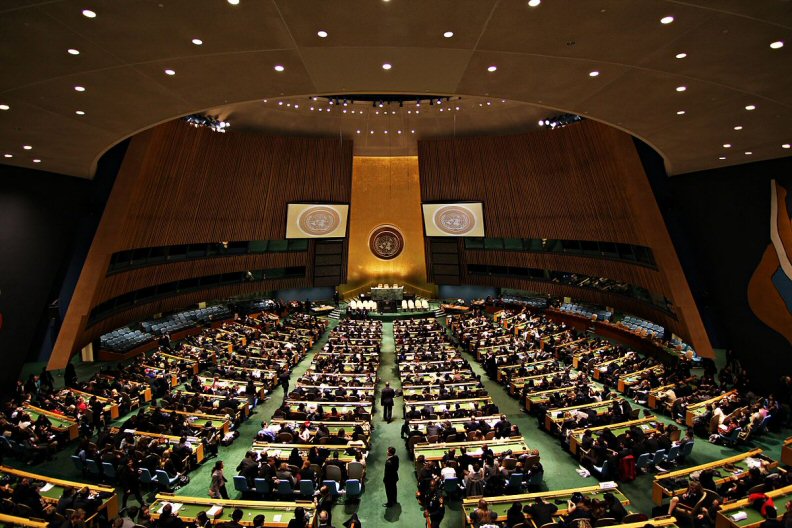 How strict can we be with the United Nations?

The United Nations, while promoting a set of binding universal values related to peace and human rights, are in no position to affect or alter significantly the course of certain conflicts or to punish violations. As the inability of the organisation to act as a body becomes evident in parts of the world like Syria and Yemen, it could be stated that the maintenance of international order is pursued mostly via the hegemonic powers’ foreign policy that act according to their own national interest rather than the collective imperatives expressed by the organisation. Considering that, what is the actual role of the United Nations and how strict can we be evaluating its effect on international politics?

From October 1945 to the present day, undoubtedly, the world’s most prestigious organisation is the United Nations. Being an urgent demand of the international community after the horror of two World Wars, the United Nations has as its primary objective the maintenance of international order and security. The challenge has been and remains great. However, regardless of the extent of the ideological convergence or the will for joint action that characterise the members of an international organisation at the time of its birth, the collective experiences and needs that were the driving power and cause of its creation are weakening with time. Initial optimism and euphoria is often replaced by the realistic depiction of inequalities among the members, with the strongest determining the efficiency of the organisation. Although the United Nations learned from the mistakes of its predecessor, the League of Nations, structuring a more functional model of decision-making, it still carries the “ancestral sin” that was largely responsible for the inefficiency and failure of the aforementioned inter-bellum initiative; the commitment to abstract regulatory (maybe utopian) ideas and, above all, the inability to pursue policies to impose them.

There is nothing surprising about this inability if we take into consideration the structure of the current international system. The states, as they emerged in the last three hundred and fifty years since the Treaty of Westphalia onwards, are based on the principle of sovereignty; a principle that applies both in their interior and in their relations with other states. The aforementioned independence means that they are free to pursue their national interest through their foreign policy and national strategy, as well as implement the domestic policy of their choice inside their borders, while trying to survive and prosper in a system of anarchy and “self-help”. The national interest of states often differs from the common idealistic goals set by the organisation and it becomes an insurmountable barrier to the achievement of collective objectives, paralyzing to a large extent the United Nations mechanism. On the meantime, since the United Nations puts forward the principles it conveys as universal and binding, in cases where those are violated and the possibility of intervention is limited, the character of the organisation is being transformed from functional to symbolic.

These insights on the nature of the organisation leave one questioning its power and role in international politics. So, what is United Nation’s real or, to put it better, realistic task? Despite the fact that, as the “higher” institution of the planet, the United Nations can be misunderstood by many to be a supranational organisation, an authority that binds the foreign policy of states, this image is of course untrue and somewhat unfair, creating far more expectations than the organisation is able to accomplish. The United Nations is an intergovernmental organisation inspired by the principles of a liberal and western-centric international community. Taking a look at the United Nations charter one can easily be misled to believe that the image of a supranational authority is outlined, mainly because of the ideological significance of the declarations and their apparent binding universal nature. However, the extent of power that is granted to the organisation in order to implement its declarations is the extent of power the sovereign member states themselves wish. Hence, what could one expect from the United Nations? Adam Watson writes in his book Diplomacy: The Dialogue Between States that “[a] great deal of confusion, disappointed wishful thinking and unjustified criticism (…) has resulted in expecting them [League of Nations and United Nations] to be what they are not”. In the same book, quoting Andrew Young, a former United States ambassador to the United Nations, he writes: “The United Nations was not meant to be, nor it is adequate to serve as, either a law-making body for the world or a court to judge the nations of the world. It is a forum for diplomacy, and true diplomacy is the art of dialogue in pursuit of common goals and the avoidance of war”.

Thus, how strict can we be with the United Nations when it actually serves as a forum and not as an authority? Since the United Nations is not a supranational authority, within it survive the power correlations and the inequalities among states that define the current international system. That means that states, especially the powerful ones pursue their own national interest, even through the organisation itself. Back in the 1990’s Greek political philosopher Panagiotis Kondylis wrote in one of his articles that since global politics becomes increasingly dense, its defining subjects (great powers) are forced to formulate and express their objectives in the vocabulary of universal goals and universal social models. This observation is enough to strip the United Nations from its ideological framework and expose it in the arena of realpolitik. And here is where the great contradiction that characterises the organisation can be spotted. The coexistence of genuine regulatory universal declarations and sovereign states in an international system of anarchy is practically and realistically impossible in terms of its functionality. In the end, if one would like to be strict and criticise the organisation he/she could always find a strong argument in its somewhat naïve idealistic aspirations…