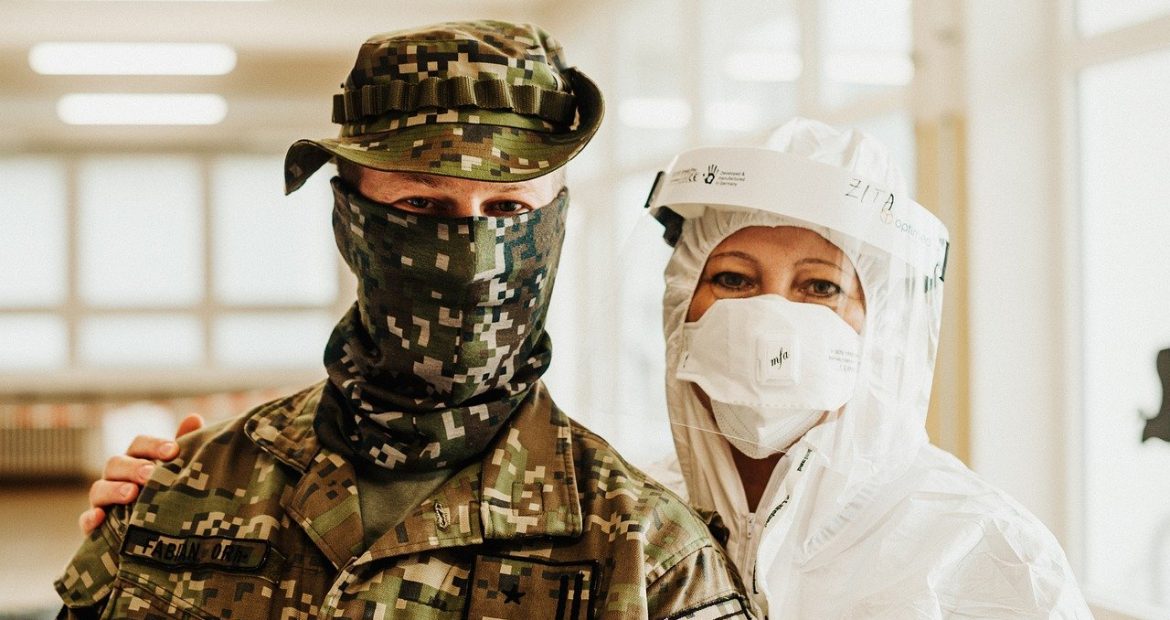 How Covid-19 has impacted human rights: The militarised responses to the coronavirus

The COVID-19 pandemic has become a crisis of global economy and public health that has affected every continent and nearly every nation. As of January 2021, nearly one full year since the first case of COVID-19, there have been a total 95.6 million cases and 2 million deaths recorded worldwide (John Hopkins University Coronavirus Resource Centre).

The disruption caused by the COVID-19 virus has not only damaged human rights, but created an environment for human rights abuses to take place freely under the guise of coronavirus protection measures. The pandemic has accelerated the emergence of various global crises and the aftereffects of regulations put in place to contain the virus have damaged democratic rights in multiple nations. In many cases, it has been the same marginalised and vulnerable members of the population who are meant to be protected by the state who have suffered the most.

The pandemic has represented a crisis of democratic regression instrumentalised by government leaders who have used the virus as an excuse for the accumulation of emergency powers. This dangerous shift has allowed those in power to limit the necessary democratic checks which are provided by law and state. Leaders have gained undefined and unchecked power under states of emergency which has led the way to normalising exceptional policies and security measures which has the potential to  violate human rights. Laws have been suspended, liberties have been infringed on, and censorship has been tightened in various states around the world.

In the Philippines, supported by his oligarchic allies, President Rodrigo Duterte deployed the military and police agents during the early phase of the lockdown in order to ensure public cooperation and order during immense dissatisfaction for his administration’s handling of the pandemic. Supported by 2 billion USD worth of funds and Congress approved emergency powers, the Duerte regime appointed three ex-generals to lead the pandemic task force with no clear plan to bolster the public health sector. Duerte warned that violators of curfew or lockdown could be shot to death, and more than 100,000 people were arrested for violations leading to a sharp rise in cases of abuse in police custody. Despite this, the Philippines has had 479,000 cases and nearly 10,000 deaths at the time of this blog post.

This alarming trend has been seen particularly sharply in countries in the Global South, including some states with an already tenuous grip on human rights empowerment and enforcement. However, the use of a militarisation strategy in response to a public health crisis was not just unique to the Philippines. In Indonesia, people were arrested for the spread of inaccurate information on social media. In Thailand, people critical of the government handling of the pandemic were subject to incarceration. In Myanmar, terrorism laws have been mobilised to crackdown on journalists, censor websites, and people’s access to information, but the securitisation of COVID-19 has harmed marginalised peoples the most. In the Rakhine state of Myanmar, home to the Rohingya people, the government shut down the internet limiting access to potentially life saving information to any of the Rohingya who may wish to flee as refugees to Bangladesh or beyond.

Human rights law recognises that in the context of serious public health threats and emergencies, the limitation of certain rights may be necessary with a legal basis based on scientific evidence, of limited duration, respectful of human dignity, subject to review, and most importantly, proportionate to achieving the objective. The scale and severity of the COVID-19 pandemic rises to the level of a public health threat that would make certain restrictions to personal freedoms necessary such as the imposition of quarantine or isolation. However, states must ensure that their responses are based on human rights principles of transparency and dignity with the action proportionate to the public health objective.

Some may argue that a militarised response to COVID-19 is efficient and duly proportionate to a serious public health threat. South Korea and New Zealand are examples of many more nations who are responding and succeeding to the pandemic without a militarised approach whilst still maintaining respect for human dignity. A militarised approach to a public health threat should have never been the first action taken. Instead of a securitised response to COVID-19, a human rights based response is more dignified, proportionate, and is exactly what every citizen deserves.