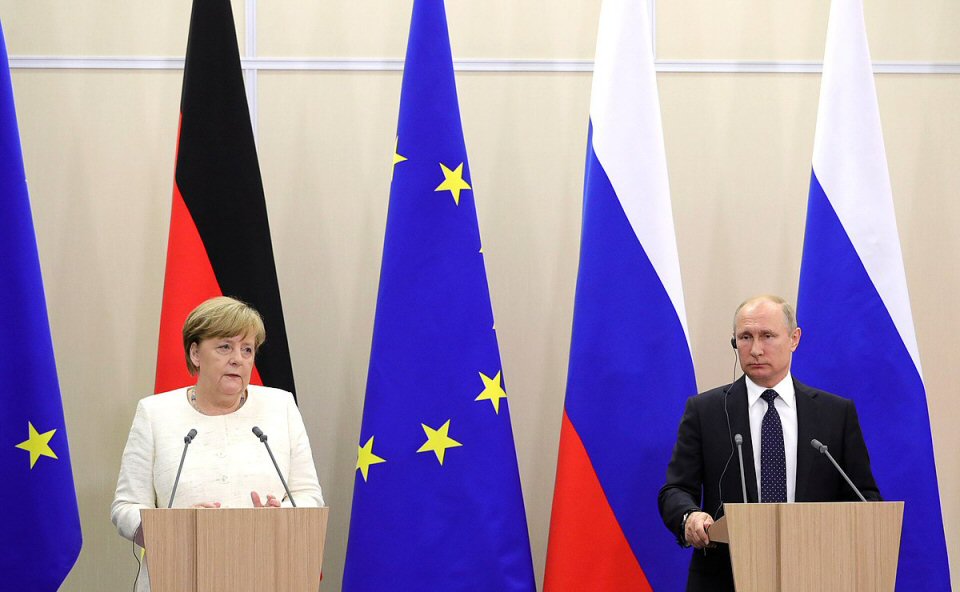 The poisoning of the Russian opposition politician Alexei Navalny in August 2020 set Germany at the centre of the confrontation between Moscow and the West for at least some weeks. Not only was Navalny allowed to get treated in Berlin, but the German government also provided personal protection, and chancellor Angela Merkel visited him in hospital. Germany demanded information from Russia on the case, but Moscow has shown itself uncooperative so far. As a result, Germany, which holds the EU Council’s current presidency, pushed for European sanctions against Russia over the poisoning.

Berlin’s proactive behaviour indicates that fundamental changes in German-Russian relations are taking place at the governmental level. Just about 10 years ago, Germany launched the Partnership for Modernisation between the EU and Russia, a project focused on reforming the Russian economy and improving the situation of Russia’s society. Frank-Walter Steinmeier, who is now Germany’s president, has often been criticised for being too lax towards Moscow when he was Foreign Minister during the Ukraine crisis. Generally, Germany’s perspective on Russia has been defined by a strategy of containment and dialogue for the last two decades, informed by Willy Brandt’s “Wandel durch Annäherung” (change through rapprochement) policy during the Cold War.

However, recent events pressured the German government to take a tougher stance. Before the Navalny case, Zelimkhan Khangoshvili was murdered not far from the German parliament and the Chancellor’s Office in August 2019. There is a strong suspicion that this attack was ordered by the Kremlin, which would make it the first direct intervention of Moscow in Germany since the Cold War. Moreover, Russian disinformation campaigns are also spreading in Germany. For example, in fall 2018, Russian media provoked anti-migration protests in Germany by falsely claiming that a German-Russian girl was raped by refugees in Berlin (known as the “Lisa case”). This string of events reveals such a strong disregard of German sovereignty that the German government members started to reflect on ending Nord Stream 2, a major gas pipeline project that would create a direct connection between Russia and Germany and would reduce prices significantly.

Public opinion on Russia, however, appears to be more friendly than the government’s course. According to a survey of late 2017, 28 percent of Germans regard Moscow as a reliable partner, while the USA’s number was 25 percent. In 2018, 58 percent of survey respondents said they want a rapprochement between Germany and Russia, while only 26 percent favoured more distance. Furthermore, most Germans are against stopping the Nord Stream 2 project as a reaction to the Navalny poisoning, according to a recent poll.

Given that parliamentary elections, which will also decide Merkel’s successor, take place in Germany next autumn, the future of German-Russian relations could become an intensely debated issue. For example, Gregor Gysi, the former chairman of the far-left party Die Linke, doubted that Moscow was behind Navalny’s poisoning and assumed that enemies of Nord Stream 2 could be the culprits.

Nevertheless, a closer look at Germany’s political parties reveals that the positions towards Russia vary a lot. The strongest rejection of stopping Nord Stream 2 can be found among voters of smaller opposition parties such as the Free Democrats Germany (FDP), Die Linke, or the far-right party Alternative for Germany (AfD), while the opinions among voters of the Government parties Christian Democratic Union of Germany (CDU/CSU) and Social Democrats (SPD) are more balanced. The voters of the Greens, who are the second-strongest party in Germany according to recent polls, have the most critical stance towards Russia if one considers Nord Stream 2 an indicator. The current chairman of the Greens, Robert Habeck, demanded to stop the gas pipeline and accused Die Linke of spreading conspiracy theories on the Navalny case.

Since CDU/CSU and Greens are the two strongest parties in Germany right now, a coalition between them is a likely result of the next elections. This could mean that Germany’s Russia policy becomes even more critical in the future, especially if there will be a Green Foreign Minister. Managing the strong disapproval of a harder stance towards Moscow among the voters of other opposition parties will be a central challenge for the new government if this coalition will really form. Russia could try to polarise further the opinions in Germany by new disinformation campaigns and political cooperation with opposition parties. Bearing in mind the importance of Germany for the EU, how this danger will be addressed could become one of the most important questions for Europe’s Russia policy.