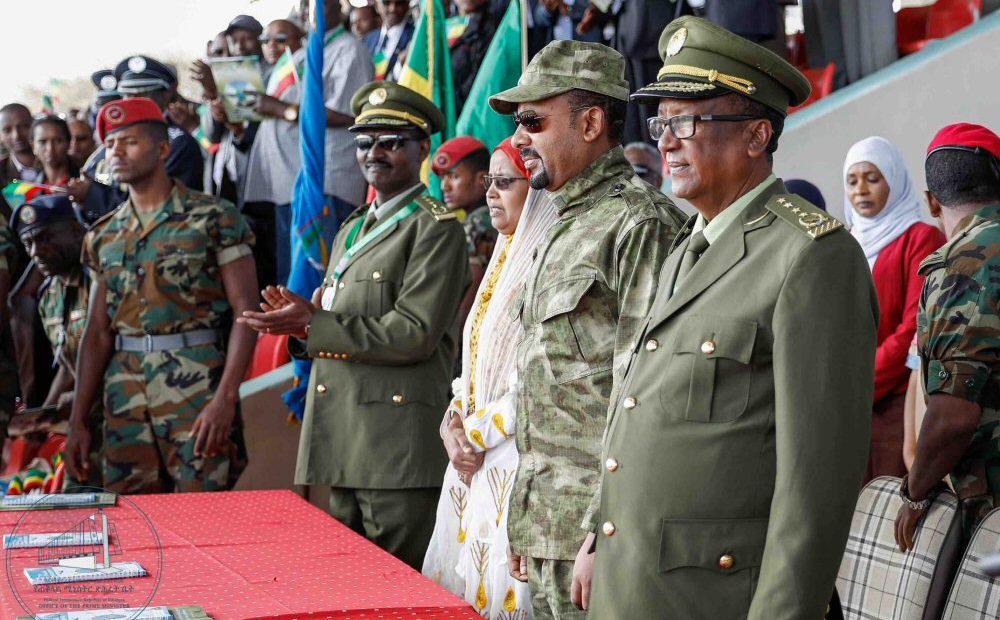 Ethiopia’s Nobel Prize-winning Prime Minister Abiy Ahmed appeared on the television on November 4, 2020 claiming he ordered the Ethiopian National Defense Forces to launch operations against the Tigray People’s Liberation Front (TPLF) as a response to an alleged raid on Ethiopian military base and federal forces in the Tigray region. Now, after more than a month since the first attack, we can say with certainty that violence in Ethiopia’s northern state of Tigray is escalating, with thousands of killed and with tens of thousands people escaping their homes, which is affecting the entire Horn of Africa, one of the continent’s most fragile and unstable regions. Now, Ethiopia, the second most populous nation in Africa is on the brink of a possibly long and bloody civil war.

In order to understand the conflict, we need to explain the historical background, who and why is fighting. This fighting follows a year of growing tension between the government and the Tigrays. The TPLF had been ruling Ethiopia for the past 27 years prior to Abiy coming to power (April 2018). Even though the Tigraryans comprise only 6 percent of the country’s population, they once dominated national politics. However, due to high levels of corruption and human rights violations (such as torturing government opponents in prisons) they lost people’s support. Abiy’s government claims they were trying to incorporate the TPLF in the national parliament by giving them important positions (ministerial positions or position as the speaker of the parliament) but it was never enough for the Tigrays according to the current government. In addition, the TPLF held its own election in September 2020 as a response to refusing to recognize Abiy’s authority. This vote was, however, considered illegal by the government. Later on in October the TPLF blocked the government in appointing a new head of the Northern Command, which was the final straw. The first attack took place in November, subsequently announcing a six-month state of emergency throughout the whole Tirgay region.

Severe restrictions across the Tigray region, such as shutdown of internet and phone communications, blockage of air and road access or disruptions in the distribution of humanitarian supplies, have limited the ability of journalists and reporters to document the number of victims of the conflict and human rights situation but information are slowly emerging. The UN has warned of a major humanitarian crisis, predicting that “close to 9 million people are at a high risk due to this conflict who are living in the vicinity of regional and national boundaries with Tigray.” So far, more than 25 000 Ethiopians refugees have fled to Sudan, where multiple NGOs and the UN are trying to provide services. The Sudanese government has agreed to establish a camp 80km long for 20 000 people. Another estimation says that 100 000 could flee Ethiopia within the next 12 months. In addition to food shortages, the Tigray region in Ethiopia is one of the worst-affected by a desert locust infestation, with new swarms arriving in the upcoming weeks. This means that around 10% of Tigray’s population is already dependent on food aid. Given the conflict, the percentage will increase greatly.

Another country from the Horn of Africa, Eritrea, got involved in this conflict. The TPLF has accused this country of helping and fighting alongside the Ethiopian government which is strictly denied by the government. Despite the denial, the TPLF confirmed that they fired three rockets towards the international airport in Asmara, the capital city of Eritrea. The TPLF has a history of poor relations with Eritrea and that is why the attack could have been foreseen. Therefore, we believe that this conflict will not only have drastic consequences on the future of the country, but it might seriously affect its neighbours.

Ethiopia, Africa’s second most populous country with the population of more than 110 million and with one of the fastest growing economies in the continent, what happens will inevitably have a huge impact on the country and the region. Some even argue that this conflict could weaken and threaten the Ethiopian nation state, which might have damaging regional consequences.