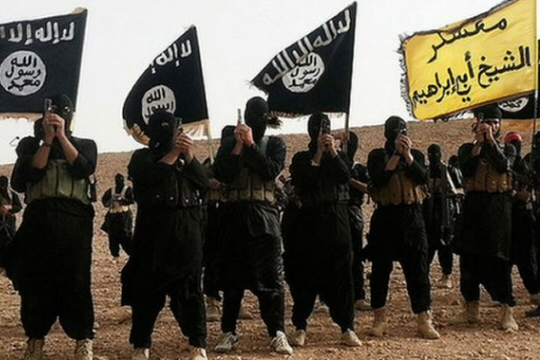 ISIS: What should we call the self-proclaimed Islamic State?

Islamic State, IS, ISIS, ISIL, Daesh? What should we call the terrorist movement which proclaimed itself caliphate and has now control over a territory of about 10 million inhabitants in Iraq and Syria?

As the Salafist extremist militant group continues to make headlines in the news, there is an ongoing debate on what name should be used to refer to the terrorist movement. On 24 June 2014 the movement proclaimed itself a caliphate and Abu Bakr al-Baghdadi as its leader, adopting the name “Islamic State”.

While some adopted the new name and reproduced it in the media, others criticised and condemned it. In a letter addressed to prime-minister David Cameron, the Islamic Society of Britain and the Association of Muslim Lawyers refused to call the movement “Islamic State” claiming it “is neither Islamic, nor is it a State. The group has no standing with faithful Muslims, nor among the international community of nations”. Within the United Nations various governments refused to acknowledge it, designating the group as a terrorist organisation.

In Arabic countries the name “Daesh”, an Arabic acronym equivalent to the English “ISIS”, was adopted. The use of the acronym is said to delegitimise the organisation and even mock it. The terrorist movement severely punishes anyone who uses the word. The term was adopted in 2013 by Arabic and Iranian media and became commonly used by the group’s opponents.

Not only is the name a challenge to the terror groups’ legitimacy and a dismissal of its claim to represent the Islamic community and be a “state for all Muslims”, but is also carries negative undertones, as it sounds similar to the Arabic verb “daes”, which means to crush. The use of the neologism thus threatens the organisation’s legitimacy and status. It is a refusal to acknowledge it as an Islamic State and as a representative of the Islamic community and its practises.

The French government changed the official name for the terrorist movement, adopting Daesh as a designation in September 2014. “This is a terrorist group and not a state. I do not recommend using the term Islamic State because it blurs the lines between Islam, Muslims and Islamists,” said French Foreign Minister Laurent Fabius at the time.

Whatever name is chosen to refer to the terror group that carries out unnameable atrocities, it is important to dissociate it from the two mains concepts it tries to portray as an “Islamic State”: first that it is not representative of the great majority of Muslims, and second that it is not a state recognised by the international community, nor does it have the legitimacy to govern Muslims in the occupied territories. Refusing to call it “Islamic State” is part of the process of refusing its claims to a caliphate and denying its legitimacy.