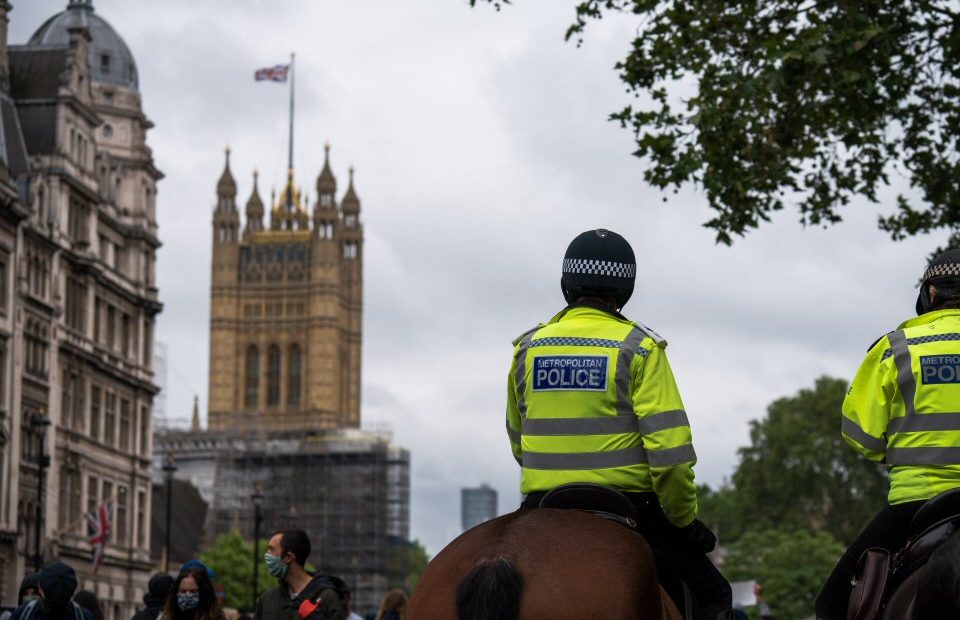 ‘Kill the Bill’: is the UK government hindering the right to nonviolent protest?

The British government is in the process of passing a new bill: The Police, Crime, Sentencing and Courts Bill, which among a wide range of topics would give the police greater control over protests in the United Kingdom. The bill is controversial amid concerns that it could curb people’s right to protest and silence the voices of those engaging in a non-violent struggle to be heard.

The draft bill widens the range of conditions that police can impose on standstill protests to match the conditions that can be applied to marches, and enables police to impose start and finish times on protests. They also have the power to impose maximum noise levels on protests. The bill amends the offense relating to breaching the conditions of protests, which those pushing the bill have said closes loopholes for protestors to exploit, such as claiming ignorance to the conditions by covering their ears when police make announcements over the loudspeaker. Under the new bill, if a person “knows or ought to have known” that a condition has been imposed, then they can be charged with an offense. The bill gives the home secretary the ability through secondary legislation to define “serious disruption in the life of the community” and “serious disruption to the activities of an organization which are carried out in the vicinity of the procession/assembly/one-person protest” in regards to stopping or limiting protests.

Many groups including human rights charities, unions, and faith communities have argued that this bill will be restrictive of civil liberties. The bill gives the home secretary the power to fundamentally change the meaning of the law without proper parliamentary scrutiny, an important process in British democracy. There is also the point that placing maximum noise restrictions on protests is counterintuitive, given that the purpose of protest is for those without a voice in mainstream politics to be heard. As a result, many have criticized this bill for silencing those voices. The Labour party stated opposition to the protest measures, with the shadow justice secretary David Lammy saying that the legislation is poorly thought out and imposes disproportionate controls on freedom of expression and the right to protest. Initially, Labour had planned to abstain in voting for the bill, but following the heavy-handed approach of the London Metropolitan Police at the recent vigil held for Sarah Everard, a 33-year old woman in London who was kidnapped and murdered by another police officer, they changed their stance to voting against the bill in concern over potential police overreach in such gatherings. ‘Kill the Bill’ protests have erupted across the UK against the bill, with citizens expressing fear of their right to protest and be heard being restricted.

Protests constitute a vital part of functioning democracies. They provide a better representation of marginalized and disenfranchised groups and are a pathway to a more inclusive democracy. Protests are a part of social movements, and without social movements, disadvantaged groups have no way to identify their needs to those in power. Social movements according to political science scholars, such as Laurel Weldon author of ‘When Protest Makes Policy: How Social Movements Represent Disadvantaged Groups’ can also be at times more effective at influencing policy than electing higher levels of minorities or marginalized groups into political office, as well as than voting, lobby groups or political parties. Protests are therefore vitally important to show support to vulnerable and marginalized communities, to bring awareness to side-lined issues, and to serve as a forum for bringing up national debates. Historically, protests have been important drivers of positive social change. An example of this was the Greenham Common protests in the UK in the 1980s against nuclear weapons being installed at RAF Greenham Common in Berkshire, England. Whilst the protests arguably failed in their initial mission, as the missiles were still installed, the protests forced the government to admit they were deploying missiles only because the Soviet Union was doing the same. When Gorbachev came to power in the Soviet Union and expressed willingness to withdraw missiles, the UK government had to meet his agreement and also withdraw the missiles, as they had no other justification for keeping them having been forced by the protests to publicly state the justification of mutual nuclear deterrence. Ultimately, protests are a valuable and crucial means of non-violence to address serious and overlooked issues. By hindering people’s right to protest, there is also an increased risk of people resorting to less peaceful means of being heard.

After the second reading in the House of Commons, the bill passed by 359 votes to 263, and is now in progress in the committee stage of the House of Commons, where it will undergo a line-by-line examination. Given the large majority with which the bill passed the second reading, it is likely that the bill could be passed into law. Whilst the bill contains many other topics, some of which could bring valuable change, this bill brings the risk of hindering the right of the British people to the freedom of speech and could be an impediment to British democracy. It is important for people’s right to express their needs through protest to be protected, and hopefully, this will be amended in the bill before it is ultimately passed.