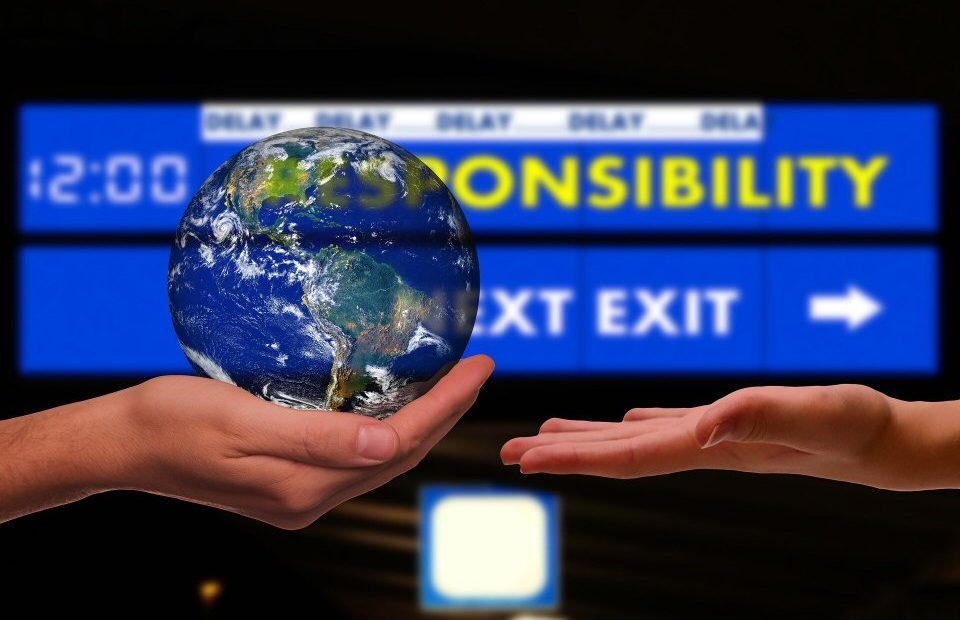 International organisations and environmental sustainability: the intricate partnership of the millennium

The health of our planet is facing “a” massive threat due to environmental catastrophes in the past as well as impending climate crisis and other challenges upcoming in the foreseeable future. Despite the gloomy state of affairs, science has always shown us the solutions to each of these challenges and also makes us believe in the future in which our planet’s heart still beats strongly through healthy wildlife and magnificent ecosystems while our cities are strengthened by harmony with nature and our environment. At a time when governments are under severe scrutiny because of their inefficiency in dealing with various environmental challenges and adopting a path towards development which often takes place aggressively at the cost of nature, the role of international organisations in creating a pathway for a sustainable, energy-efficient and climate resilient world becomes more prominent than ever before.

With the changing role of nation-states, the organisations at the international front can help create a mechanism to ensure green growth and at the same time keep a check on the unprecedented exploitation of the environment to meet the demands of a growing population. Their active involvement can help promote a better understanding of the various mechanisms by which humans regulate their relationship with the natural environment and encourage various stakeholders to work towards a comprehensive model of sustainability and green growth, channelizing effective policy measures into pragmatic actions. International organisations serve as a medium through consensus is reached on conflicting issues and actions are formulated to deal with these issues. In terms of issues pertaining to environment sustainability and climate resiliency, it is of utmost importance that international organisations continue to upload public governance, involving various stakeholders and

continue to push the narrative for the need for a sustainable model of development. In this regard, the role of the organs of the United Nations and other international organisations becomes paramount more than ever before.

United Nations Environment Programme- UN’s environmental conscience, has over the years coordinated and catalysed global environmental activities which has resulted in a broad selection of seven priority areas: human settlements and habitats (later turned into UN Habitat), human and environmental health, terrestrial ecosystems, environment and development, oceans, energy, and natural disasters. Since its inception on June 5 1972, UNEP has established itself as an important player in the formulations of international law in the field of environment and coordinating various sustainable development projects in the developed and the developing world.

UNEP’s work in the various fields such as greenhouse gas inventory and mitigation, waste management, water usage, energy usage, printing and paper usage, virtual and sustainable meetings and staff sensitization on environmental matters has facilitated the start of several ongoing projects directed towards environment sustainability and climate resiliency in a number of countries. UNEP also hosts the Sustainable United Nations Facility (SUN) in Geneva which supports UN organisations in their path towards environment sustainability and climate neutrality and improving the sustainable performance of the UN, and making sure that every penny of the public money serves both the people and the planet. UNEP’s success over the years has ranged from the implementation of the 1987 Montreal Protocol (reduction on the emission of gases responsible for ozone layer depletion), 2012 Minamata Convention (to limit the use of mercury) to spearheading solar panel programmes in the developing countries like India and starting youth engagement programmes (Tunza) to ensure direct involvement of the young minds in the quest for environment sustainability and climate neutrality. The role of the UNEP would be crucial to how the world is modelled on to the path of sustainable development and exploring the various renewable energy driven alternatives to cut on the consumption of fossil fuels which have served as deterrents to the health of the environment. What remains to be seen is how far the ideas formulated by the UN’s environment conscience keeper is taken up for responsive action by individual state governments at a time where their activities are heavily criticised in the line of environment conservation, wildlife and ecosystem protection and achieving the sustainable development goals.

In addition to various other initiatives undertaken, the ambitious 2030 agenda for Sustainable Development adopted by member states of the United Nations provides a working framework to ensure sustainable growth and development, involving large scale improvements in the sectors of healthcare and education and at the same time, combating the menace of climate change and working to preserve the health of our environment and ecosystems. At the heart of the agenda, lies the 17 Sustainable Development Goals (SDGs) which have been a culmination of multiple environmental summits and conventions of the past and the present. Countries such as Sweden, Denmark, Norway and Finland have performed consistently well towards achieving the targets, especially in socio-economic and sustainability spheres but they still need to work on a comprehensive transition plan towards a low carbon economy. Countries such as Sweden have adopted a new climate policy framework which aims to achieve net zero greenhouse gas emissions by the year 2045. Developed economies like the US have fulfilled the targets of clean water, sanitation and  green industries but need to improve considerably in having a comprehensive climate action plan and fulfilling commitments of international frameworks and conventions. African countries, on the other hand, are the worst performers in this regard, and lack considerably in fulfilling targets in the domains of environment sustainability and clean energy, marred by reports of corruption and inefficient bureaucracy. The UN Sustainable Development Goals sets a benchmark of moving towards a future which is ideal, both for the planet as well as the people, and while many critics are of the view that most of the targets set in the Agenda are very less likely to fulfilled by the deadline of 2030, the plan nevertheless sets the idealism of a desired and a sustainable world and provides an impetus to achieve the same.

The projects for sustainable development and green technology require prominent financing to get these ideas running on ground and this is where international organisations act as important actors. At present, the most important financing window for sustainability is the Global Environmental Facility, which was founded in 1991 and has since then disbursed $10.5 billion in grants as well as a further $51 billion in leveraged co-financing. In addition to the GEF, the World Bank’s Climate Investment Fund, the Adaptation Fund (AF; the financial instrument of UNFCCC) and the Green Climate Fund serve as financial windows for a number of environment sustainability projects across the globe.