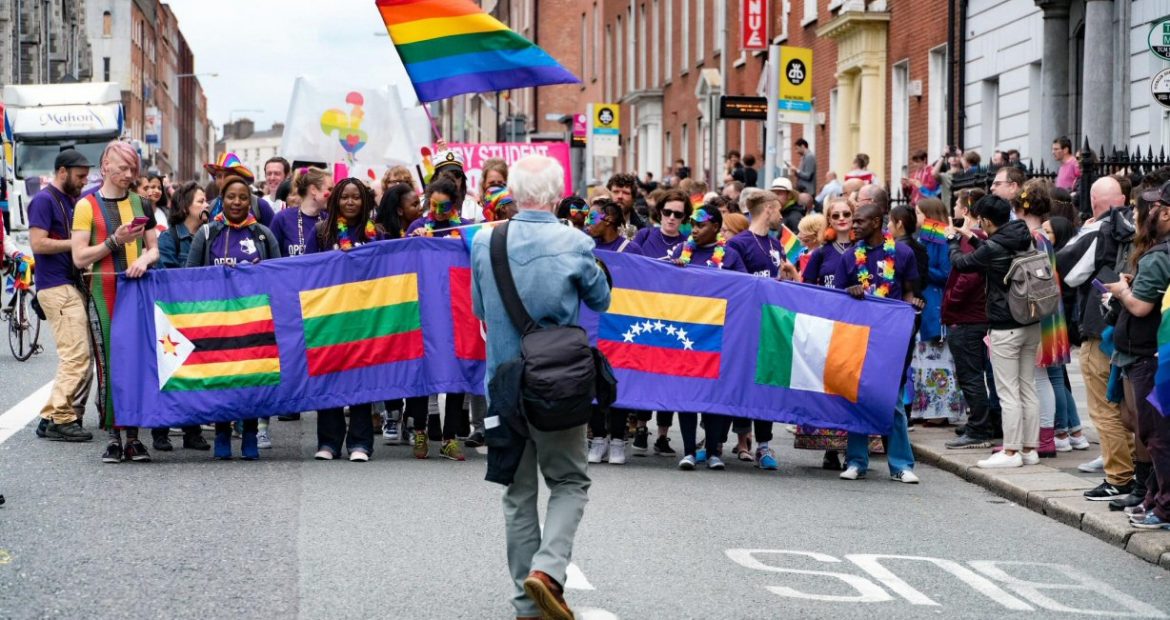 Throughout the years, the European Union has increasingly created legal mechanisms to guarantee the protection and rights of different minorities. This includes those who face additional barriers and risks due to their sexual orientation, gender identity, gender expression and/or sex characteristics (SOGIESC). However, discrimination and hate speech still remain strongly present in the lives of LGBTIQ communities in diverse corners of the continent, especially when it comes to asylum seekers.

While Europeans can count on the solid legal framework of the Union, provisions that address the specificity of LGBTIQ refugees are still outdated and often absent in most countries. Since 1999, the European Union has been following guidelines from the Common European Asylum System (CEAS). In the past years, the EU has even stipulated that persecution due to gender identity or sexual orientation can be grounds for claiming asylum. However, LGBTIQ asylum seekers are still not addressed directly by the ruling legislation. Currently on hold, the System’s reform includes important protections for these minority groups, yet to be implemented.

As noted by the European Union Agency for Fundamental Rights (FRA), so far member states have provided no statistics that collect the number of asylum claims based on sexual orientation or gender identity, and have few or no national guidelines for interviewing applicants. This makes it impossible to calculate how many of them are entering the European Union per year, and in which countries they are seeking asylum.

To make matters worse, a uniform interpretation of UNHCR’s international standards among all European states is still absent: as reported by ILGA-Europe, some nations still haven’t explicitly recognized SOGIESC in their asylum laws. This lack of transparency leads member states to adopt their own protocols instead of committing to those from the UNHCR. By not disclosing numbers of LGBTIQ applicants nor being held accountable for their asylum policy, officers often use their own discretion and criteria to accept or dismiss asylum claims.

These practices have led to rainbow refugees’ repeated marginalization, to the under-reporting of violence incidents also committed by authorities, and to the lack of adequate support at their destinations. As recorded by Human Rights Watch, European member states have already been criticized for asking inappropriate or sexually explicit questions, for requiring applicants to provide video evidence, and even for their stereotypical views on how LGBTIQ refugees should behave.

Beyond practical implications, systematic underreporting also leads to these minorities’ political invisibility, and hinders the development of any public-interest research to raise awareness about their precariousness. As reported by Rainbow Europe (ILGA), this is especially alarming in European countries where respecting human rights of LGBTIQ minorities are not yet fully guaranteed on an everyday basis.

When it comes to conditions encountered upon their arrival, the European Union Agency for Fundamental Rights (FRA) reports widespread absence of facilities and services dedicated to rainbow asylum-seekers. These are well described in UNHCR’s Alternatives to Detention, which states the importance of providing suitable accommodation for LGBTIQ minority groups. Potential safety and security risks should be taken into account in conservative communities, as well as isolation due to forced separation of same-sex couples. In addition, insufficient guidelines at healthcare centers may not include specific provisions tailored for the needs of LGBTIQ refugees, which can range from psychological aid to hormone therapy and transition assistance.

In 2020, rainbow asylum seekers’ hardships have also been exacerbated by the outbreak of Covid-19 across the world. Social distancing efforts in Europe have not only reproduced, but worsened previous exclusion and violence patterns already present against refugee minorities. As reported by Human Rights Watch, in some cases, the pandemic even served as a pretext for governments to go as far as to implement policies that undermine human rights, and attribute the spread to minority groups.

Apart from the many risks that migration and settlement in Europe already entails, the Covid-19 pandemic has also exposed minorities to further distress. As reported by the Swedish Federation of LGBTI rights, on top of potential discrimination, isolation and violent threats, LGBTIQ refugees now fear mass transmission rates and death. Stuck in reception camps without adequate living conditions, they have experienced great psychological trauma. Facing increased vulnerability, these minorities need even more urgent public policies that guarantee basic services such as housing facilities, tailored healthcare and trained staff at reception centers.

Only recently, the European Commission took two significant steps to address the precariousness of LGBTIQ asylum seekers: the proposal of a new Pact on Migration and Asylum, and the presentation of its first-ever strategy in LGBTIQ equality within the EU framework. However, it is still uncertain how these proposals will unfold, let alone be incorporated uniformly by all EU member states.

In this current scenario, a uniform European commitment that provides official national guidelines for addressing LGBTIQ asylum seekers has become more essential than ever. Whether member states will reach a compromise, and adopt a single asylum policy incorporating SOGIESC protections, is yet to be seen. Nonetheless, this current debate may be a turning point that brings EU members towards closer cooperation, or a controversy that tears them further apart.