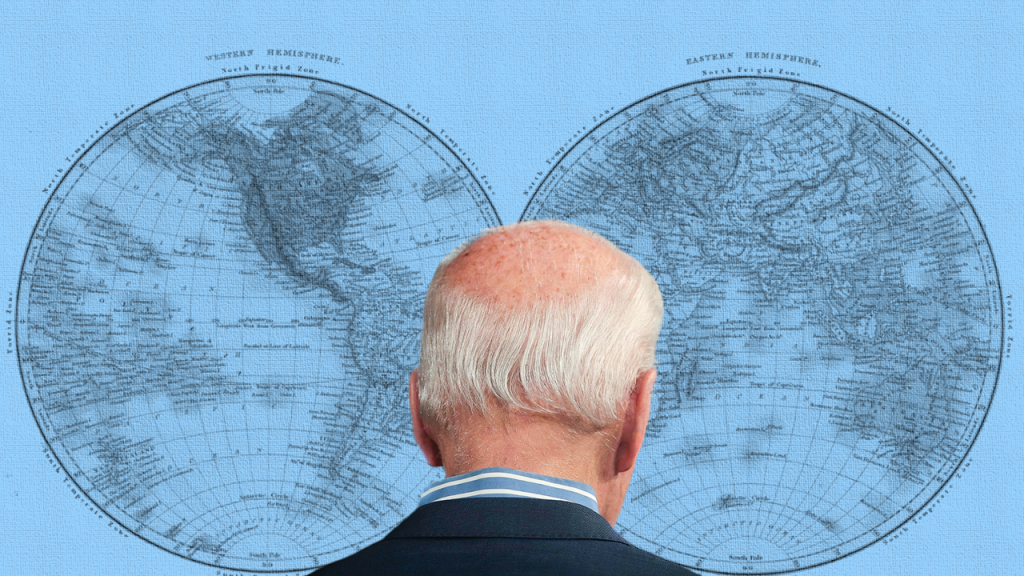 American democracy during ex-president Trump’s entire administration has been vividly illustrated and questioned by the world. In the future, not just America’s leadership overseas, but in particular Joe Biden’s willingness to restore America’s independence, and democracy, will affect the global balance between democratic and authoritarian norms. Nowadays, the USA is shattered by internal strife and there are dramatically disproportionate allocations of economic resources and benefits within the nation. Trust has taken a significant downturn upon government, the political system, and the state’s ability to perform.

Support for political and democratic re-establishment matters well beyond the boundaries of the United States. Confidence in democratic principles has already been reverting worldwide for over 14 years, but the latest pressures on democracy in the U.S raise a global threat as the previous US president and his followers’ comments and behavior were affecting not only America itself but outside the world as well, encouraging some international players and suppressing others. Since the challenges that the US is still facing today are gaining competence, such as competition with China, nuclear deterrence, and so on, the USA and its allies must develop, invest and, above all, disrupt. But none of these are enough if democracy will not flourish at home, to face the global threat of smart and confident authoritarianism.

During his first foreign-policy speech at the State Department on the 4th of February, President Biden announced that “Diplomacy is back.” He promised to collaborate with partners to rebuild ties that were “atrophied” under Donald Trump’s presidency. Also re-engage with the World Health Organization, and other multinational institutions, saying that “the world’s pressing challenges will only be solved by nations working together in common cause.” He indicated that his administration would be able to re-establish its nuclear deal with Iran if Tehran is willing to cooperate. Yet, he emphasizes that they will lead a stronger strategy to weaken Iran’s actions in the region. He promised to end the divisive US support for the Saudi war in Yemen. Biden also finds it important to end the ‘forever wars’ in Afghanistan and the Middle East, since they cost ‘untold blood and treasure’, and instead he is planning to focus on particular combat operations, with limited numbers of special forces, which will provide logistic assistance and new technologies that will help to address threat such as Al Qaeda and ISIS. While talking about China, Biden believes that Trump weakened the US capacity to oppose and restrain it. But the most effective way for success is carrot and stick approach, therefore, creating a joint coalition of allies and partners to deal with human rights abuses in China, but at the same time finding coordination with Beijing on topics where priorities are converging, such as global climate change, nuclear proliferation in Iran and North Korea, global health problems and others. With Russia, there will not be a return to the Cold War, but rather a more militant approach and stronger contribution to allied defense. According to Biden, expanding military capabilities of NATO can face ‘Russian aggression’.

Biden has a more productive venue to fulfill his goal in climate change and reduction of emissions before COP26. Getting back to the Paris Agreement will probably raise a closer partnership with the European Union, with a discussion on the potential US-EU ‘climate club’, that focuses on transatlantic carbon pricing and tariffs. Moreover, a shift in the environmental area might bring the US into cooperation with China as well.

This speech sends a clear message to the allies who can feel confident in American leadership, and it translates into stronger coordination and cooperation than Donald Trump has shown. Biden is way more diplomatic in his approach. As Jason Marczak, director of the Atlantic Councils Adrienne Arsht Latin American Center, has stated – “Under a Biden presidency, the United States will shift from a ‘with or without us’ approach to a policy that fundamentally believes the United States can achieve more when we work together with partner nations.” Joe Biden assumes his governance will return the US to its position as a leading force in setting the groundwork for international affairs, drawing up agreements, and restoring institutions that govern the relations between nations and strengthen mutual security and stability.

During Biden’s presidency, international leaders should also anticipate the return of a more predictable American foreign policy after Trump, who was likely to confuse the unilateral decision-making mechanisms and to use social media as an aggressive chair charged with lies that could rattle his own diplomats and officials.

If Biden aims to re-establish America’s spirit, his administration must look for alternatives for a large cross-section of its citizens to make their international rewards effective and payable. His foreign policy team should be more transparent than their previous colleagues regarding the short and long-term distributional outcomes for numerous domestic industries and groups. In order to ensure domestic rewards from all the new commercial projects, while attracting in today’s business environment, strong cooperation between Biden’s foreign policy and economic teams still need to be improved.

America’s allies are still worried about continuing American intervention and leadership between the changing balance of power, global pandemic, and American fraught home policies. Naturally, the US continues to be the leading country and Biden will be very reassured with its confirmation of a professional external policy team. But the 2021 narrative is about how the US and the entire world adapt themselves to increasing constraints.