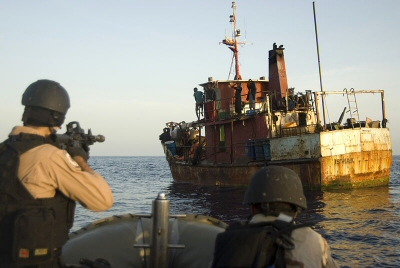 Modern movies and books have romanticized the adventurous and exciting life of pirates. In these stories they live on boats, rarely see land and are loyal towards each other and the Rules of the Sea. Well, the Golden Age is gone and nowadays the truth couldn’t be any more different. Every year in the poorest regions more and more violent and brutal attacks are committed by modern pirates and the rest of the world seems to do nothing effective with it.

The number of reported attacks is constantly growing causing a huge threat to sea transportation. Only in the last decade it increased by 75%, meaning hundreds of victims every year. The number might be even higher, because due to the cost of reporting some people simply don’t notify the authorities. Even though there are always some measures taken, pirates seem to be quite flexible by always changing their strategy to avoid the punishment. As a result, worldwide losses caused by piracy are around 13-16 billion US dollars per year. This indicates that we have to pay attention to this global problem and find a proper solution.

Modern pirates – just like their ancestors- still rob and steal boats on the seas and oceans, but during the decades the main method and location of piracy have fundamentally changed. They appear in many new places, nowadays highly dangerous zones are the Indian Ocean, the Far East and mainly East Africa. As a new tendency such criminal groups are getting active in Europe as well, on the Serbian and Romanian stretches of Danube. Like in the case of any other profession, the method and the equipment has developed a lot. They don’t use the stars and the sea to navigate anymore, they use high-tech GPS devices instead. And the swords and cannons are replaced with the newest AK-47s and rocket launchers. They gave up living on boats – enjoying the sea while getting to new places –, they usually operate on the shore, approaching the targets by small speedboats. They aren’t even a bit picky in what they steal, in 2004 near Indonesia they robbed a UN boat that transported food supply to a tsunami-damaged city. As it seems, modern pirate groups are more like organised crime gangs rather than romantic sailors of the wild sea.

Why the methods and equipment became more violent in the past years? It can be explained in many different ways. People nowadays are more aware of piracy and try to get prepared to a possible attack. This is why a simple robbery can’t be done anymore. They have to use heavy weaponry in big gangs and stay on the attacked boat as long as possible. This happened in 2011 near Lagos when a group of pirates hijacked an oil tanker trapping the crew members and then simply led the precious oil where they needed to. Stealing watches and jewellery is not ordinary; we can say that kidnapping is the new tendency. By kidnapping unsuspicious wealthy western tourists and asking for ransom, pirates can get even millions of dollars. This usually happens in new areas where the authorities are not equipped and don’t expect such attacks – just like in luxury tourists resorts.

Maybe the most worrisome factor about piracy is the connection with jihadist terrorist groups. It has not been proven yet, but some experts assume that organisations like al-Qaeda profit from these actions and use it as a “fund-raising method” for terrorist attacks. In this case, Western countries and particularly the USA should concentrate more on this issue to cut the financial basis of Middle-East terrorists.

When trying to resolve the problem it’s particularly difficult to find who is in charge of it – most attacks are usually committed outside the territorial seas of any country. By choosing these places they successfully avoid the national law and proper punishment. In addition, piracy usually appears in the most underdeveloped areas of the world where the government is too weak to enforce the necessary measures. In particular it occurs in the case of Somalia as well, where the number of violent attacks constantly increases. More than half of this country lives in rural areas where it is impossible to get even the necessary amount of food. Furthermore, there are wars, civil conflicts, and total lack of natural resources to develop. And all of these are without a functioning government. No wonder that for example Somalia hasn’t got the necessary means to do anything against pirates.

But can any other country be ordered to solve the problem? I don’t think so, but such international organisations as the NATO or the UN could be. The UN Security Council is aware of the problem and in order to deal with this issue, it recommends possible solutions for the countries. But UN should do much more: by making strict and direct anti-piracy laws to stop these criminals. If the responsible ones are not named, simple security measures do nothing. As far as pirates don’t recognize that their attacks can get direct and strict consequences they won’t have the motivation to reduce them and will keep on causing huge damages.