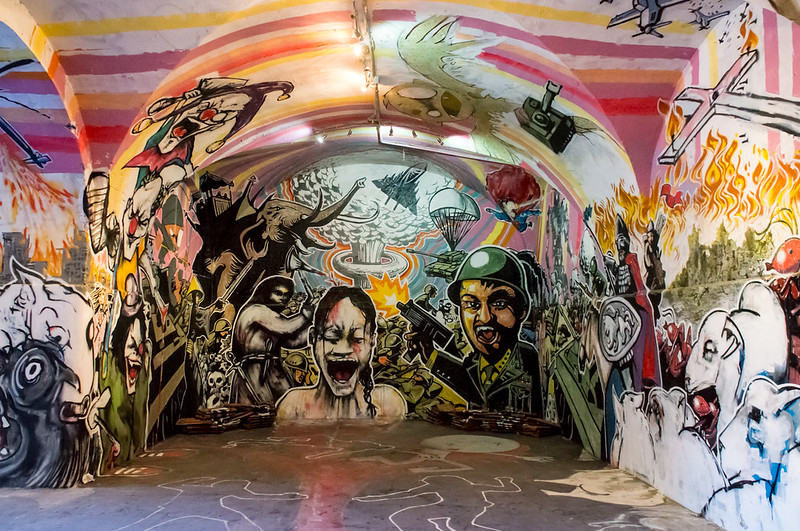 The third world war to be

The third world war to be. Honestly, this is not accurate. Let’s figure out if this is possible and what it depends on.

Now all attention is focused on the Russian aggression on the territory of Ukraine, but let’s look at the entire globe. In 2021, 54 armed conflicts took place in the world with the participation of countries. And every year this number grows. Just over the past two months five conflicts have escalated. Does this indicate the beginning of World War 3?

This indicates a violation of the security balance. If we recall the chronology of the events of World War 2, it began with local conflicts and wars. On September 18, 1931, Japan invaded Manchuria. October 2, 1935 – May 1936, Fascist Italy invaded, conquered, and annexed Ethiopia. Later, Germany, Italy, and Japan formed a bloc. Unfortunately, after the last meetings between the presidents of Iran and Russia, we can conclude that the so-called “axis of evil” is beginning to unite. This means that we are even starting a new world war.

Let’s understand the causes of wars, maybe the above facts are just a coincidence.

The main causes of World War 2 were the conditional injustice of the Versailles system, which put many peoples in a humiliating position, and contributed to the coming to power of forces seeking revenge and a new division of the world.

The second reason is that the economic crisis of the 1930s exacerbated the contradictions between the countries of the world, which deprived them of the opportunity to join forces in the struggle to preserve peace. The third reason for the outbreak of the war was the policy of the governments of England and France, aimed at the “pacification” of the aggressor, as well as the “isolation” of the USA, which, having declared neutrality, effectively removed itself from influence on the development of events in the world.

What do we have today? The leadership of Russia, led by Putin, declares the unfair division and disintegration of the Soviet Union. In fact, not recognizing the independence of other countries in their statements, they threaten Kazakhstan, Georgia, and the Balkan countries with war.

It should also be said that after the pandemic, the world is still struggling with the economic crisis because the countries with a high level of the economy were the most affected. Unfortunately, today we also observe the neutrality of some countries and calls to save the face of Putin and Russia. It should be added that many countries are also afraid of Russia because of their high energy dependence, especially in the field of gas imports. So, the third world war is quite possible.

In my opinion, we are already close to it or at the beginning. We do not know the consequences of Russia’s actions if Ukrainians do not stand up against aggression. If it weren’t for the heroism of the Ukrainian people, in my opinion, we wouldn’t be talking about the possibility of World War 3 but would be living in it. Of course, this is also the merit of the countries that began to help the Ukrainian army in the military sense. The USA learned the lesson of World War 2 and is now actively helping in the fight against the aggressor, as well as other countries. Without this support, February 24, 2022, would have become September 1, 1939.

From the above facts, we can conclude that despite all the negative forecasts, the world can avoid this threat. In particular, with the help of international organizations, in particular, those created to maintain peace, not money laundering, by tougher responses to aggression or the possibility of it.

So, World War 3 is possible, but the world can avoid it by competent functioning of all international organizations.