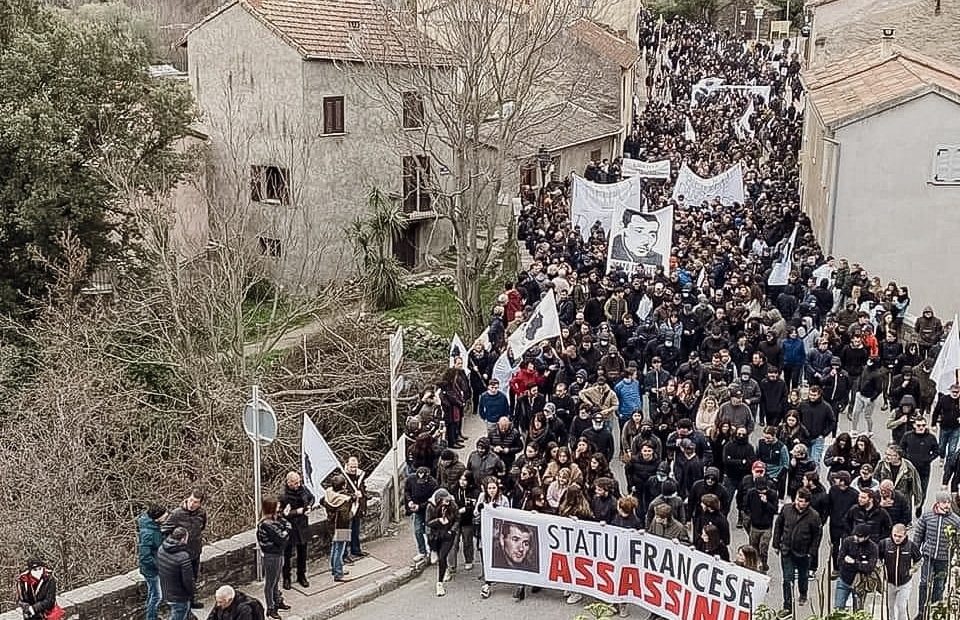 Tumult in Corsica – of violence, despair, and autonomy

On the 9th of March, protests and violence erupted on the Mediterranean island of Corsica. Governmental buildings and banks were attacked and set on fire. As of the end of March 2022, the protests are still ongoing, attracting up to 10,000 participants. The latest numbers indicate a total count of 102 injured, with 77 being police officers. These protests are the most recent wave of Corsican resistance against the French government and state they are a part of. To understand these current protests and what they are trying to achieve, this article looks into the history of Corsica regarding France, the current protests, and the future prospects of Cosican autonomy/independence.

Corsica’s struggle against foreign rulers has a long history, dating back to the island being controlled by Carthage or the Roman empire. After a short decade and a half of independence, the French captured Corsica in 1767. Since then, the Mediterranean island has been part of the French state, with even Napoleon being born on Corsica. Much more recently, during the later half of the 20th century, more serious independence/autonomy movements arose. Caused largely by a dire economic situation and felt neglect by the French state, these movements evolved into also concerning preserving the special Corsican traditions and language. Some groups, such as the National Liberation Front of Corsica (FLNC), also used violent attacks like bombings to make their voices heard in Metropolitan France.

While it is important to note that these violent groups make up only a small number of Corsicans and the supporters of Corsican autonomy/independence, they do matter to understand the latest wave of protests. This is because, as part of the FLNC, Corsican Yvan Colonna assassinated French préfet Claude Érignac in 1998. Colonna, after a large manhunt, was captured and arrested in 2003, while receiving his life sentence in 2007. However, on the 2nd of March 2022, Colonna was attacked in prison by a fellow inmate, later dying of his wounds on the 22nd of March 2022 in a hospital. Seen as a hero by a sizable number of Corsicans, his death sparked the previously mentioned protests. What is more, Colonna was imprisoned in Mainland France and authorities refused to transfer him to a prison in Corsica, causing outrage among his supporters.

In the wake of the recent protests, and undoubtedly also because of their violent turnout, France is now considering Corsican autonomy – a historic first. While other French territories are already enjoying certain degrees of autonomy – such as e.g. French Polynesia, New Caledonia, or the French Caribbean islands – the same can not be said for Corsica. Nonetheless, autonomy could have several benefits. The island could then have control over its own education system, social services, or healthcare. Particularly important here is the issue of education, as this would allow Corsicans to manage the teaching and dissemination of the Corsican language themselves. There are, however, multiple factors that can stand between Corsicans and their autonomy. Firstly, the current government that promised autonomy is facing reelections this month – only if reelected can they act upon their promises. Secondly, while the word ‘autonomy’ was used for the very first time, similar promises for Corsica have historically not caused a change in the French constitution.

So what does all this then mean for the future of Corsica concerning autonomy/independence. Regarding the issue of independence from France, it is by far the least likely option. In recent elections, most Corsicans do not support a complete separation from France, instead favoring a more autonomous Corsica within France. On the other hand, autonomy is much more likely. The latest wave of protests presented the French state with much more resistance and anger than anticipated. Moreover, the current government will most likely stay in power after the upcoming election. Therefore, there will be no excuse not to grant further autonomy to Corsicans. However, until these promises have resulted in changed laws and constitution, they are of no worth. Thus, it remains to be seen what the future holds for the Mediterranean island of Corsica.