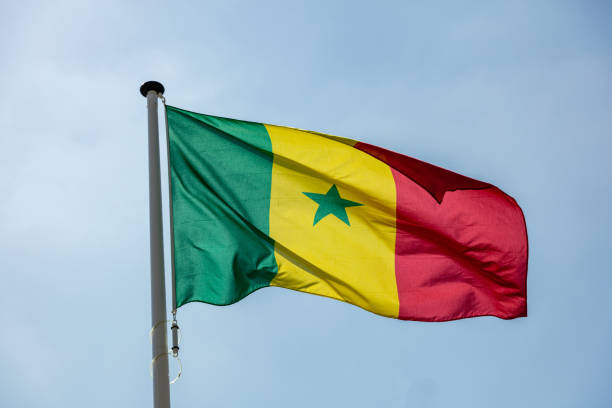 What is happening in Senegal?

On March 3rd a series of protests ignited in Senegal, one of the African continent’s most stable countries, after the imprisonment of another opposition leader, Ousmane Sonko, under a rape allegation. The politician denies the accusations and sustains himself to be a victim of political persecution. Thousands took to the streets and were met with violent means by the police. Public officials stated that the country was “on the verge of an apocalypse”.

But who is Ousmane Sonko? He is the president of the political party “Les Patriotes” (Patriots of Senegal for Ethics, Work and Fraternity). He is a particularly able orator, not afraid to publicly share his pungent political views—especially over West Africa’s models of economic development. This has made him notably popular among the youth: during Senegal’s last presidential elections—his first attempt—he finished in third, with 16 percent of votes. He had been a tax inspector for several years until becoming a whistleblower in 2016. In fact, he unleashed several multimillionaire Senegalese corruption schemes, and, since then, he has left his post to dedicate himself exclusively to his political and activist career. In 2019, as the presidential election approached, the BBC published an article stating that the candidate had changed the landscape, and even if he would still have to build his credibility to the Senegalese electorate, he had a chance of causing “a lasting impact”.

And why did his imprisonment ignite such violent demonstrations?

Demonstrations are permeated by two major democratic concerns. First, protesters feel that the president is instrumentalizing the judiciary to demean its adversaries and maintain himself in power. In fact, Sonko is not the first opposition leader to be prosecuted under Macky Sall. Indeed, Sall’s most prominent challengers in the 2019 elections, Khalifa Sall and  Karim Wade, had been removed from the competition under controversial corruption charges. Opponents sustained that those accusations were politically motivated, and Amnesty International deemed their trials unfair. Secondly, they fear that Sall will modify the constitution in order to be able to run for a third term or to extend his mandate, similarly as other recent events in Western Africa (such as Guinea and Ivory Coast), accusations that the president has not, as of yet, publicly addressed.

The Senegalese people are also increasingly frustrated about the country’s economic situation. Those circumstances were certainly worsened by the pandemic underway, making the government’s decision to institute a night curfew very impopular, since it hits particularly hard the informal sector, an economic area which most households heavily rely on. All of this happened in a pre-covid context of rising inequalities and decreasing job opportunities . Sonko sustains, in fact, that Sall’s corrupted administration is the root of Senegal’s unevenly shared economic successes, with approximately 40 percent of the population living in poverty.

Adding up to that, it is possible to state that many people may have been radicalized precisely due to the disproportional state response with which the protests were met – which ended up . Indeed, despite the government’s brutal attacks on freedom of expression and media, having suspended two major television stations due to their coverage of the demonstrations, and having restricted internet and social media access, the hashtag #FreeSenegal has been trending since the beginning of the month in numerous social media outlets.

On the 12th of March, Amnesty International has called for the government to respect freedom of expression and assembly, denouncing the violent response to the protests, which by now amounts to 10 deaths –  . According to eyewitnesses, national security forces have been using teargas, live bullets, arbitrary arrests, and beatings to disperse the protesters. Senegal’s Red Cross has reported that at least 590 were injured, and Amnesty International has released a statement sustaining that at least 100 people have been arrested. There have been reports of both entirely peaceful demonstrations and violent escalation of the manifestations, as the protesters responded to the police by throwing rocks, burning tires, and attacking other private property.

Finally, it is possible to state that frustrations regarding  have been continuously present in the fil rouge of the protests. The first indication of this may be the fact that French-owned businesses have been repeatedly targeted during manifestations.

In fact, the Senegalese people seem to be progressively fed up with the privileges the French élite still uphold in the country, of which Sonko is an important criticizer. The former colonizers still tightly control Senegal’s economy, dominating import markets and making Senegal’s products unreachable to much of its own population.  In his latest book, “Solutions”, Sonko calls for a reappropriation of the country’s national wealth and resources, including the creation of a domestic currency. In fact, the opposition leader has been a vocal advocate for a gradual and responsible overcoming the CFA franc, a West African currency used by seven other countries in the region, which is controversially considered a colonial relic. In fact, the currency is pegged to the euro and CFA countries are obliged to keep half of their foreign exchange reserves into French treasury accounts. Sonko has also maintained that he is determined to renegotiate oil and gas contracts with multinationals, once he achieves office, pleading that the present agreements are exploitative and noncompetitive, which the present government denies.

Taking the present context and the interests that are at stake into consideration, it is not difficult to understand why this candidate may be seen as a threat, both nationally and internationally. It is not at all a surprise to see another, previously stable, country, being dragged into a democracy crisis. Which is striking, however, is that they are fighting back. But we may still have to wait a long time to be able to analyze its results.