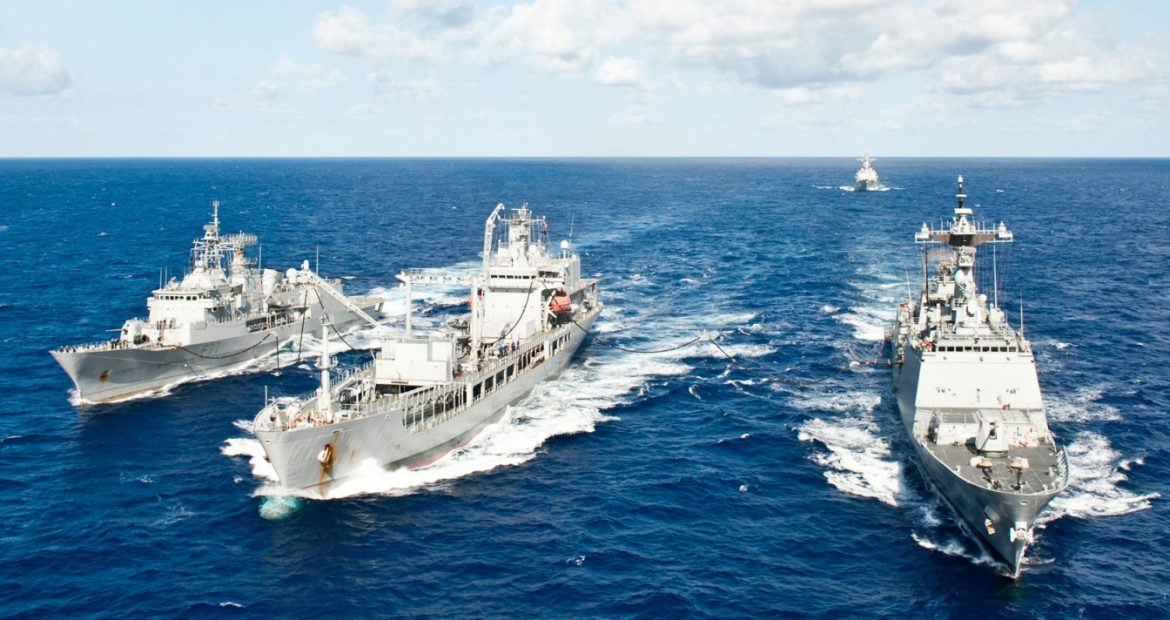 The United States of America has the largest economic, political and cultural influence on the planet. Its massive expenditure on defense and military forces along with its dominance over institutions like the International Monetary Fund, the World Bank and the United Nations Security Council makes it the biggest superpower in global politics. However, after the fall of the bipolar structure of global political behavior in the early 1990s, it was evident that alternative centers of political and economic power could restrict USA’s dominance. China, India, Japan, South Korea, Europe and Russia have altered the dynamics of power structures in world politics.

China due to its massive industrial manufacturing system coupled with increasing demand is developing into one of the fastest growing economies. “It has its own fifth generation aircraft program and its submarine fleet is equal to the United States or even more” (Business Insider, India). China being a key global player, with its massive army, stock of ballistic missiles, exercises considerable influence in the South China Sea.

The war in China between the Communists and the Nationalists in the early 20th century, led to retreating of the Nationalists to Taiwan, which has been self ruled ever since. This has created a conflict regarding Taiwan’s de facto independence, with China’s claim of Taiwan’s territory under its “One China Principle”.

The involvement of the United States in this issue along the Taiwan Strait dates back to the 1950s, when it supported the Nationalists. However, after the Sino-Soviet war, the United States desired to diplomatically recognise the PRC and thus began to consider both sides of the Taiwan Strait as China. Nevertheless, in 1979, the Congress passed the Taiwan Relations Act, which mentioned that although the US is not supposed to have any official ties with the island of Taiwan, it will consider defending Taiwan if the PRC uses force.

The recent visit to Taiwan by the United States’ House of Representative Speaker, Nancy Pelosi, has in fact, upset Beijing as it considers such a visit as a violation to the 1979 agreement. On the other hand, the militarily aggressive US, holds China’ increased military activity against the Island as a violation to the agreement as well.

China has intimidated Taiwan is several ways, in the recent years there has been a rise in Chinese surveillance aircrafts, fighter jets and People’s Liberation Army bombers over the region. There have been cyber attacks on Taiwanese Government agencies as well, besides other non military measures. For example, restriction on Chinese tourism to Taiwan, pressurising global hotel chains and corporate franchises to list Taiwan as a Chinese province, it has even cut off trade relations with Lithuania which has increased its diplomatic relations with Taiwan in 2021. Upon Pelosi’s visit, China has retaliated by conducting a series of military drills against Taiwan and has even paused cooperation with the US on defence and environmental issues.

China is a massive storehouse of military and strategic power, it is impossible for Taiwan to defend itself against the PRC without external aid. The visit by Pelosi and US lawmakers days after, emphasizes on the fact that the US is willing to undertake risks and bear costs, but the US cannot be completely relied upon. Being the dominant actor, its foreign policy is very fluid and self centered, for example:  its sudden military retreat from Afghanistan last year, rebuilding of the Taliban regime.

It is crucial to note the United States’ dependency on Taiwanese chip firms in this context. The Taiwan Semiconductor Manufacturing Company (TSMC) is one of the few companies in the world which harbors the technological knowledge required to make advanced, small sized chips and is a regular supplier for US based heavily profitable company, Apple. It can be argued that such a dependency will motivate the US to defend Taiwan even more.

It Interesting to note that, despite its trade links being diversified under President Tsai, a huge chunk of Taiwan’s exports is dependent on China. Being a regional bully, China has pressured countries not to sign Free Trade Agreements with the Island of Taiwan. Moreover, it has also vouched for Taiwan’s exclusion from regional trade blocs, furthering the economic dependency of the Island on the Chinese market. Although the US is featuring a strong solidarity with Taiwan, it should be mentioned that despite being a benefit to the US, Taiwan is not a part of Biden’s Indo-Pacific Economic Framework. This raises a question of whether the US’s diplomatic venture in the East is just a response to the changes in the distribution of political competencies in international politics or if it is a legitimate guarantee of military support.

The United States might be a superpower in the present geo-political arena, but it needs to evaluate its priorities. There might be prospects of a US – China war, but the ongoing war on Ukraine by Russia should be a bigger priority for the Biden Administration. Especially, when both Russia and China are close allies of North Korea, altering the power dynamics furthermore in the field of strategic global politics. It is high time for the United States of America to examine its good options and think of the lives of the 2.3 Million people inhabiting the small Island of Taiwan in the South China Sea.