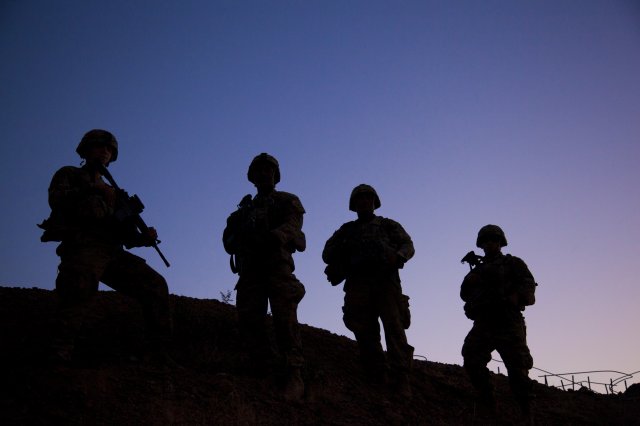 Why the Syrian Civil War did not finish and turned into a complicated war?

The Syrian Civil War in which a lot of people died and had to immigrate from their own country started in March 2011. Nobody was expecting such a big and complicated war but the war was intensified and deepened day by day.

The Arab Spring influenced all Arabic countries. Syrian community was influenced a lot like other countries from the Arab Spring. People who wanted democracy started to protest in Daraa. However, the Syrian Government stepped in and used force against protesters and events started to expand to country-wide. After protests, the government imposed strict bans and anti-governments decided to take up arms against bans and pressures. Afterwards, countrywide violence turned into a civil war and the Syrian War started.

The war complexified because there were four big problems and conflicts in Syria. One of the problems was between Bashar al-Assad and anti-Assad. The war started mainly because of that problem. The government behaved brutally against opponents and hostilities increased.

Thirdly, the Islamic State of Iraq and the Levant, namely ISIS captured a big area in Syria because of the authority gap. ISIS was cruel for all people. Therefore, the states could cooperate and create a coalition against ISIS.

Lastly and most important of all, another state got involved in the war. All states’ interests were different from others and those interests conflicted in Syria. All countries supported their close groups. As a result, they did not attempt to find a solution for peace. There were big six countries in war.

The USA supported opponents against Bashar al-Assad at the beginning of the war. However, the USA changed its policy in Syria after ISIS. The USA armed Kurdish groups and some other groups to encourage them to fight against ISIS. After ISIS was defeated, the USA went on to support those groups. That situation increased complication for controlling Syria.

Turkey was supporting opponents when the war started. After Kurdish groups got stronger, Turkey prioritized to struggle against those groups because Turkey considered them as terrorist groups. Turkey believes that those groups are directly related to Kurdistan Workers’ Party, PKK which is a terrorist organization in Turkey.

Bashar al-Assad seems to have regained his power in Syria’s big area. However, there is a huge Russian influence on the Syrian Government. Consequently, I think that the Syrian Government does not act independently from Russian. The future of the Kurdish is unclear. They want to be independent from Syria but Syrian Government and peripheral countries are against that request. And finally, the opponents seem to lose that war. However, all balances can change in Syria because of another state.

In my opinion, because all states’ interests conflicted in the Syrian Civil War, the war has not come to an end. All states could not determine a common enemy or description of terrorism. They just acted for themselves. A lot of people died and had to immigrate from their living areas. If states only had met on peace, that disaster could have been prevented. However, they decided to prioritize their interests, not humans.